Germany again reported a record daily number of new COVID-19 infections, as it exceeded the figure of 200.000 of newly infected for the first time. 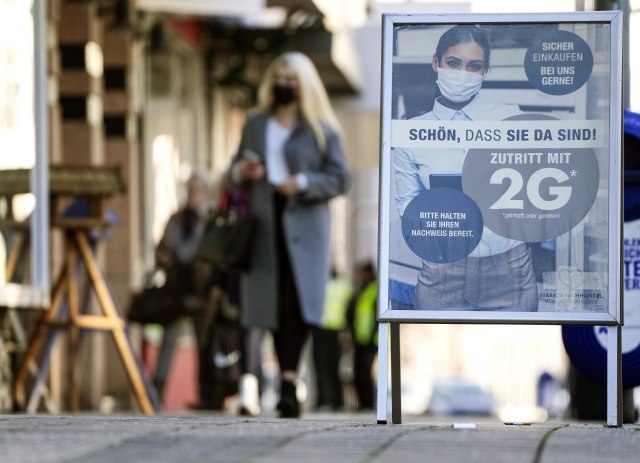 The German "Robert Koch Institute for Infectious Diseases" reported 203.136 positive tests in the last 24 hours, which is 69.600 cases more than on the same day a week ago, Reuters reports. The seven-day incidence per 100.000 people rose to 1.017 from 941 the previous day, while 188 people died. Thus, the number of deaths has increased to 117.314 since the outburst of the pandemic.

German lawmakers debated yesterday whether to introduce mandatory vaccination against COVID-19 as protesters gathered in front of the parliament building.

About 75 percent of the German population received at least one dose of the vaccine, which is less than in other Western European countries such as France, Italy or Spain, where the equivalent figures are 80 percent, 83 percent and 86 percent, respectively.

German Chancellor Olaf Scholz supports mandatory vaccines for people over the age of 18, but his coalition government is divided on the issue.