Putin managed to cause dispute within NATO; "Americans are exhausted"

An analysis entitled "The end of the world order as we know it" was published by CNN, stating that this is a confusing time for Americans. 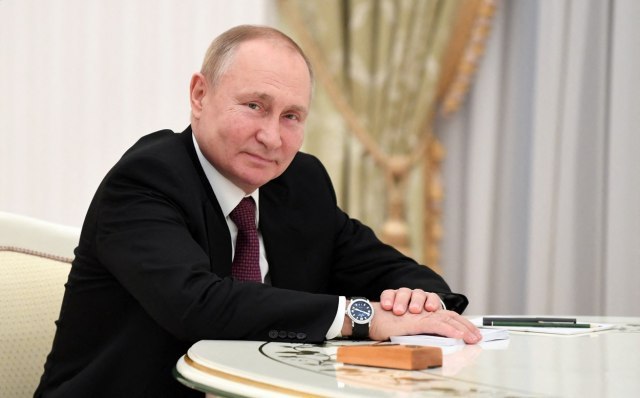 It's a confusing time for Americans when it comes to world affairs, with the government explaining on the one hand why it was time to pull out of Afghanistan, but on the other why it's also time to stand up for Ukraine, on which eastern border Ukraine has amassed more than 100.000 troops.

It's a time when Americans want their military less committed abroad. NATO is feeling the heat. Autocracies with an eye on expansion, like Russia and China, are getting bolder and acting like allies.

The era of America the superpower is being tested in new ways across the globe, CNN reports.

Exactly 30 years after the fall of the Soviet Union, Russia is maneuvering to encroach further into Ukraine, one of its former republics. A post-Soviet growth of NATO is Russian President Vladimir Putin's prey.

The Biden administration has put 8.500 US troops on heightened alert for deployment to Eastern Europe as a deterrent to Russia and assurance to NATO countries.

American influence needs buttressing. To unify NATO countries against Russia, the US is also playing the role of energy broker, seeking guarantees of fuel from the Middle East and Asia to blunt Russia's leverage as a top supplier of natural gas to Germany.

China is testing the autonomy of Taiwan, the self-ruled island it has long coveted, with repeated air force missions close to Taiwan. The largest such incursion this year came the day after the US, along with Japan, moved a flotilla of Navy ships into the Philippine Sea as part of a training exercise.

Bases housing US troops in Iraq and Syria have been attacked this year. This week, US Patriot missile defenses joined with the United Arab Emirates to intercept missiles fired by Yemen's Houthis that targeted Al Dhafra Air Base in the UAE, which houses US troops.

And then there's Iran. After the US under then-President Donald Trump blew up the international agreement meant to halt the country's nuclear escalation, Iran could be marching ever closer to nuclear weapons.

All of these situations are years in the making, but the emerging question is what role the US will play going forward. The standoff over Ukraine suggests US opponents sense weakness and see an opening now.

"The building challenges to US authority come at a moment when there is a widespread perception abroad that Washington is not the power it was for the second half of the 20th century," writes CNN's Stephen Collinson.

He adds: "Despite Biden's assurances that 'America is Back,' the chaotic withdrawal from Afghanistan last year raised questions about US competence and commitment. US adversaries know Americans are exhausted by 20 years of war abroad, a factor that may lead some to calculate that Washington could waver on its strategic obligations for political reasons", Collinson added.

Putin is directly or indirectly involved in most of these issues, from Ukraine to Syria to Asia. However, no one knows for sure what Putin is after. But Fiona Hill, a former Russia expert at the White House, makes a compelling argument in the New York Times that she knows exactly what he's after, at least in terms of Ukraine: Putin "wants to evict the United States from Europe."

Jill Dougherty, a Russia expert and former CNN Moscow bureau chief, concurred. "They want a replay of the end of the Cold War," she said.

And Russia's state media blitz is helping to shape the public's attitudes on the ground.

Putin senses American power is ebbing, according to Hill. He "believes that the United States is currently in the same predicament as Russia was after the Soviet collapse: grievously weakened at home and in retreat abroad." The Ukraine standoff, she writes, must be met by strength from the US since it will reverberate around the world.

She argues that in addition to challenging NATO, Putin's aggression in Ukraine would threaten "the entire U.N. system and imperil the arrangements that have guaranteed member states' sovereignty since World War II — akin to the Iraq invasion of Kuwait in 1990, but on an even bigger scale."

The West is not entirely united on Russia

For all the geopolitical stakes, it is Putin's economic leverage that has slowed European unity against his actions. Ivana Kottasová writes for CNN Business from London that the undersea Nord Stream 2 natural gas pipeline from Russia, bypassing Ukraine and into Germany, has become a wedge in the geopolitical crisis. Germany has not vowed to arm Ukraine like other Western democracies. It has been slow to include the pipeline in conversations about sanctions against Russia.

"Given that Russia's aim is to split everybody, if they're seeking to break apart unity in the European Union and in NATO, this pipeline has been a wonderful vessel," Kristine Berzina concluded.