The collapse of Australia

Summer in Australia is a time for beach and barbecue, but this year is total chaos due to the growing number of coronavirus cases and the lack of quick tests. 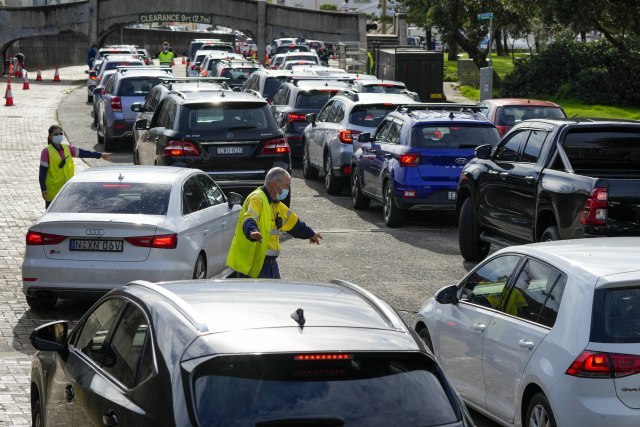 Last week, workers' absences due to isolation and illness became so serious that the national government considered lowering the age limit for work permits, so that minors could be included in food supply chains, according to CNN.

However, the ministers eventually gave up on that plan, but the fact that Australia, a country once praised for its response to the pandemic, is considering such a move, has shown how much the country's leaders are fighting the pandemic and seeking the right response.

After spending most of the pandemic locked to the world, Australia is now trying a new approach - living with COVID. But that shift coincided with the emergence of omicron which led to an increase in the number of cases. Most of the 1.5 million infected in Australia have been infected in the last three weeks, and on Friday the country reported a record number of 88 deaths in one day.

Compared to the rest of the world, the total number of deaths from the pandemic in Australia of around 3.000 is still relatively low, mainly due to the government's decision to close its borders, introduce long-term lockdown measures and promote vaccines.

Although the new situation does not cause a health catastrophe on a scale that can be seen elsewhere, it leads to major disruptions in the country, which was once written about as a model for other countries in the fight against the pandemic, reports the Croatian portal Index.hr.

The Australian government blames the emergence of omicron for this situation. "Omicron was one of the biggest surprises in the challenges and it pretty much reversed the way we managed the pandemic up to that point," said Prime Minister Scott Morrison.

He explained that the plan to "live with COVID" was based on a delta variant of the coronavirus that was not so contagious, so not enough antigen tests were ordered - which is crucial at this stage of the pandemic when so many people are infected. Home tests give results in a few minutes, but they are almost impossible to find in Australia.

Critics say the government had to anticipate the impending crisis, citing the United Kingdom giving free tests as an example, while the United States solved the problem of lack of tests long before the number of cases in Australia increased. But chaos has set in and test sites are collapsing.

Some people want to prove that they do not have COVID so they can go to work, others need that test to visit relatives in hospitals and nursing homes. Without them, many people stay at home in isolation, not knowing if they are contagious or not.

The government says more supplies are arriving. Free tests are now available in public clinics, but only for people who have symptoms or those considered close contact, which is defined as someone who lives with a positive person or has been in the room with them for more than four hours.

However, when asked how these tests will be distributed, Chris Owen, president of the Pharmaceutical Association, said: "This is a controversial point at the moment. There are obviously no stocks available."

The Prime Minister of New South Wales said that all children and teachers will have to be tested twice with quick tests when school continues. Victoria has a similar approach, but only "recommends" tests twice a week. But there are no tests. Last week, the Teachers' Union warned that schools may close if the numbers continue to grow.