The EU has thrown out the only nice thing it planned to say about Russia in its strategic document on defense and security. 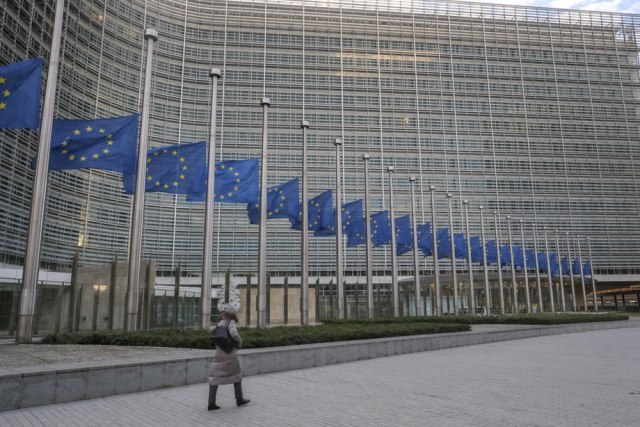 According to the draft Strategic Compass from November, the EU planned to say that "many common interests and a common culture actually connect the EU and Russia. That is why the EU strategy aims to engage Russia in some specific issues."

However, in early January, in the last version of the text that the EU Observer had access to, those "warm" words were deleted.

"The EU remains committed to a unified, long-term and strategic European approach (towards Russia)," it said.

According to French Foreign Minister Jean-Yves Le Drian after a meeting with colleagues in Brest on January 14, the Strategic Compass, when finally agreed in March, will support the EU's approach to defense for the next decade.

The Strategic Compass is a strategy that defines the EU's greater ambitions in defense and security and proposes concrete measures to that end. "Russia wants to go back to a time when the EU did not exist and when Europe was in the sphere of influence of great powers," said European Foreign Minister Josep Borrell.

The ministers discussed relations with Moscow, which have deteriorated in the last two months due to the strengthening of Russian forces around Ukraine and increasingly aggressive Russian rhetoric.

Both Borrell and Le Drian have warned of "extensive" EU and US sanctions against Russia if it attacks its neighbor again. Borrell also pointed to Russia because of the cyber attack on the site of the Ukrainian government. As he said, there is no solid "evidence" that it is the work of Russia, but, he added, "I can imagine with a certain probability where (the attack) came from."

The new draft of the Strategic Compass also talks about "the deconstruction of the security architecture in Europe inherited from the Cold War, from the Treaty on Conventional Forces in Europe to the Open Skies Treaty and the Treaty on Medium-Range Nuclear Forces."

New fears of "hybrid tactics, such as cyber attacks and disinformation, direct interference in elections and political processes, economic coercion and the instrumentalization of irregular migration flows" of the Russian type are also expressed. It adds that countries like Georgia and Ukraine are facing "hostile interference from Russia and the widespread use of hybrid tactics that threaten their stability and democratic processes and directly affect their security."

The new draft also points to the "growing presence of strategic competitors" (EU) in Africa. Le Drian also said that it was important that German Foreign Minister Annalena Baerbock would visit Kiev and Moscow today and tomorrow. Part of the text at the heart of the Strategic Compass - on the establishment of new EU military forces for rapid intervention, has not changed. However, the latest version of the text contains new warnings to China.

"Russia and China are expanding their nuclear arsenals and developing new weapons systems," it added. It is stated that China is significantly developing its army with the goal of having the most technologically advanced armed forces by 2049.

The new draft also writes more about the fight against terrorism, which is a special priority of the French EU presidency. However, writes the EU Observer, they mention only jihadist groups, although far-right groups have carried out more attacks in Europe lately than Islamists. Changes to the new draft include shortening the deadline for the EU's new intelligence analysis capacity to 2023 from 2025.

It is also stated that the "key interest" is the need to "support Bosnia and Herzegovina as a single, united and sovereign country", given the growing threat of secession from the Serbian entity. It also said Iran was likely to remain a significant source of instability in the region, and that the EU should "increase investment in peace and stability in the Middle East and the Persian Gulf".