CNN: Fight against the COVID-19 pandemic is about to get much more dangerous

Despite months of persuasion, intensive campaigns, debates in various media, Europe has not managed to convince its population to get vaccinated, CNN writes. 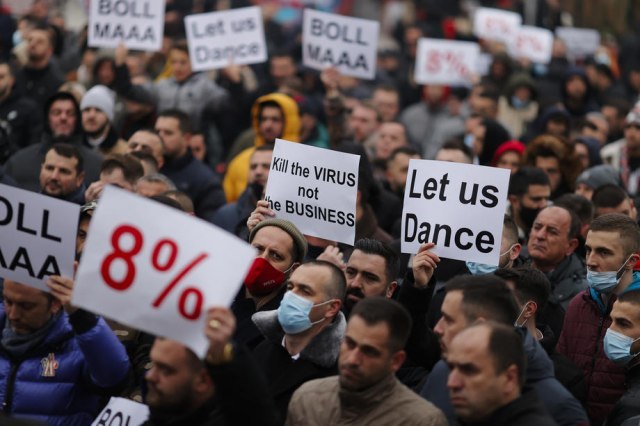 Now the situation is even more complicated, it is further stated, because European countries are struggling with two things: huge numbers of newly infected people and a drop in the vaccination rate.

CNN states that the devastating fact is that only 19% of Europeans include their government among their most trusted sources of reliable information on COVID-19 vaccines, which is actually the data of the European Barometer.

Essentially, people who trust institutions need no convincing in the face of a pandemic; people who don't are unlikely to be influenced at all, Croatian portal says.

Eastern Europe is where vaccination rates are the lowest. Bulgaria has the lowest rate of all, with just 26.6% of the total population vaccinated, according to government data. The country has also been going through a major political crisis with three parliamentary elections held this year.

Further west, lower vaccination rates are also to be found in countries and regions with either popular or voluble populist or extremist movements, as in Germany, Austria and Northern Italy.

Sophie Tissier, who organizes protests against Covid-19 restrictions and vaccines in France, says that these protests have created a new political force that is radical but goes beyond party political lines.

In August, more than 230.000 people took to the streets across the country in one day after France became one of the first European countries to announce the use of relatively strict vaccine passes. "It really set things alight because people realized that life as it was, was coming to an end," she said. "People would no longer be free, or able to go out as they did."

Since then, protests have tapered off in France, partly because no mainstream party has been openly encouraging its supporters to join them. France's vaccine rates are among the highest in Europe, suggesting that even in countries where there is strong vaccine hesitancy -- as there was in France even before the pandemic -- far-right or populist parties' stance on the vaccine can have an impact.

Elsewhere in Europe, such groups are clearly fanning the anti-vaccination flames. In Austria, several protests planned since the government announced its nationwide vaccine mandate last month have been planned by the far-right Freedom Party.

The divide in opinion over pandemic measures is no longer about extreme left and extreme right, said French political scientist Jean-Yves Camus, but "between the mainstream and the periphery."

Measures as an enemy

In parts of Eastern Europe, but also in and around Germany, from Northern Italy to the Netherlands and Austria, parties which once focused on immigration or Europe have been tapping into the widespread anger of those opposed to vaccines and COVID-19 restrictions, shifting their attention to an issue far more likely to appeal to the apolitical and to cut across traditional party political lines. Their new enemy is far more reaching: The Covid-19 measures and vaccination campaigns that they say threaten their freedom.

The World Health Organization has cautioned against vaccine mandates, because of their potential impact on public confidence and public trust. Dr Hans Kluge, WHO's Europe Director, said they should be used as "an absolute last resort, and only applicable when all other feasible options to improve vaccine uptake have been exhausted."

In a part of the world where the fight against the pandemic has already been hampered by vaccine hesitancy, such mandates could fuel more resistance.

The worry is that anti-vaxxers could come to hold even more extreme positions. That's one risk. But we should also consider that where vaccines become mandatory, there will need to be controls and that could further undermine institutional trust.

In other words, forced vaccination might push people into vaccination centers but it will also drive some of them to the streets, confirming and further fueling their deeply held suspicion of "the system." The fight against the pandemic may one day come to an end, but the fight against populism in Europe could be just beginning.