Russia said today that it may be forced to deploy medium-range nuclear missiles in Europe in response to what it sees as NATO's plans. 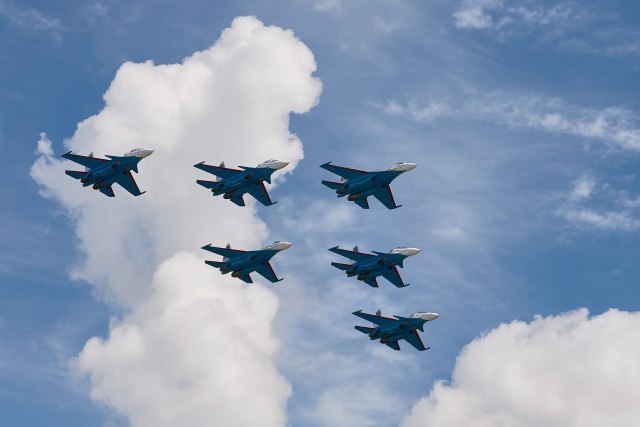 Deputy Foreign Minister Sergei Ryabkov said in an interview with the Russian news agency RIA that Moscow will have to take steps if NATO refuses to engage with it in preventing such an escalation, Reuters reports.

Medium-range nuclear missiles (INF) were banned in Europe under a 1987 agreement between Soviet leader Mikhail Gorbachev and US President Ronald Reagan, which was hailed at the time as a major easing of Cold War tensions.

Washington left the agreement in 2019 after years of complaining that the Russian side was violating the pact.

Ryabkov said that there were indirect indications that NATO was approaching the redeployment of the INF, including their renewal last month.

"The lack of progress towards a political and diplomatic solution to this problem will lead to our response being of a military-technical nature," the deputy minister said.

NATO, on the other hand, claims that there will be no new American missiles in Europe and that it is ready to repel new Russian missiles with a "measured" response that would include only conventional weapons.

"It will be a confrontation, the next wave, such systems will appear in our country. At the moment, they do not exist, we have a unilateral moratorium, and we call on NATO and the United States to join this moratorium," Ryabkov appealed.

Also, in an interview with the RIA agency, he said that Russia has a "complete lack of trust" in NATO.

"They don't allow themselves to do anything that could increase our security in any way, they believe they can act in their favor, and we just have to swallow all this and deal with it. This is not going to continue", Ryabkov pointed out.

Last week, Russian President Vladimir Putin and US President Joseph Biden held two-hour talks on the Ukrainian crisis and Moscow's request for, as Russia calls it, legally binding security guarantees for the West.

Ryabkov said that Russia would present its subsequent proposals to the United States and possibly other NATO countries in the coming weeks.

EU Foreign Minister Josep Borrell warned Moscow that it would suffer political and economic consequences if it undertook aggression against Ukraine.

"The EU is united in its support for Ukraine's territorial integrity and sovereignty. "The ministers clearly said that any aggression against Ukraine will have political consequences and a high economic price for Russia," Borrell said.

After the meeting of the EU Council of Foreign Ministers, he assessed that the most important thing at the moment is to avoid the conflict on the border between Ukraine and the Russian Federation. He states that in the EU they are guided by the motto "we are preparing for the worst, and we expect the best" when it comes to accumulating the army on both sides of the Russian-Ukrainian border.

"Now we are in a situation where we want to avoid a crisis and any kind of military intervention, because if that happens, it will be difficult to stop," Borrell warned. He added that the EU is negotiating with transatlantic partners when it comes to a possible reaction to the crisis on the border between Ukraine and Russia.

He announced that EU leaders would also discuss this issue at a summit to be held in Brussels on Thursday.