Chancellor candidate Olaf Scholz was elected the new head of the German government in the Bundestag today, while his ministers and he took the oath afterwards. 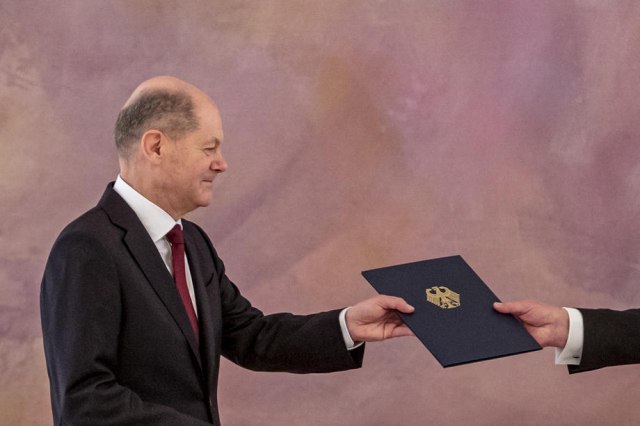 According to German media, he received 395 votes.

As a reminder, the parties of the Germany's "traffic light coalition" - the Social Democratic Party (SPD), the Greens and the Freedom Party (FDP) - signed a coalition agreement on Tuesday, which marked the end of Angela Merkel's 16-year rule.

Scholz said earlier that the fight against the coronavirus will first require all the attention of the new coalition.

The head of the Greens, Robert Habeck, emphasized that the goal is to establish a government for the citizens of Germany. He pointed out that the challenge is to combine climate neutrality and prosperity in the largest industrial nation in Europe and the fourth largest economy in the world.

The co-chair of the Greens, Annalena Baerbock, assessed that the coalition agreement is "at the height of reality".

FDP leader Christian Lindner said that "the time of action" is starting now. He explained that the common goal is courage towards greater progress.

"We have no illusions," Lindner said.

The coalition agreement is a 177-page document entitled "Courage for Greater Progress".

To sign the agreement, the coalition partners chose Berlin's "Futurium", a center for exhibitions on shaping the future, which also symbolizes new government's intentions.