Germany is changing its policy, will it affect the Balkans?

With the new German government, which starts to work these days, France gained an important ally in the EU institutions for changes in European foreign policy. 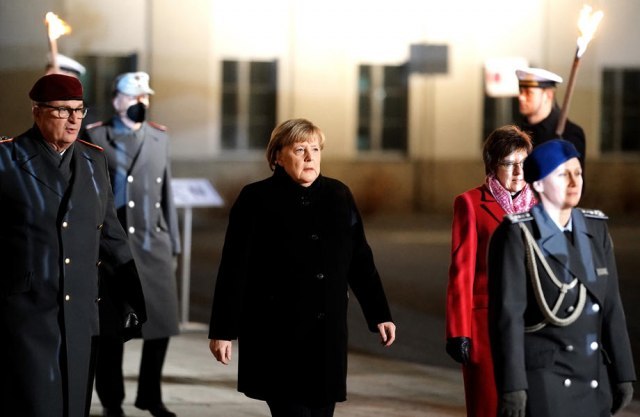 It is assumed that this new political path will have a great impact on the Western Balkans as well.

Namely, France and Angela Merkel, the outgoing Chancellor, tried to find a way to simplify EU foreign policy, i.e. that in the future foreign policy decisions in the EU Council require a simple majority, not consensus, as is the case now, but Merkel did not accept that idea. The new government, which will be led by the Social Democrat Olaf Scholz, is much closer to the French position. As "Politico" writes, a proposal that would simplify some foreign policy decisions, such as the adoption of sanctions, could appear these days. According to the valid rules, a consensus is needed for the decision on sanctions, while if a new proposal passes, a simple majority will be enough.

Proposals for the introduction of simple majority decision-making in other areas of foreign policy can be expected in the coming months, which France, along with several other influential EU countries, has advocated so far, but now with the support of Germany, the most influential EU country.

According to "Politico", the primary intention of this new proposal is to strengthen the EU's influence in global relations in order to position itself more easily in relation to other global powers, such as China, the United States and Russia.

Since no EU country alone could block any foreign policy decision, that would mean stronger influence from Brussels and faster decision-making. Although it does not refer directly to the Western Balkans, it is obvious that one of the areas where the new mechanisms could be applied in practice would be in the Balkan region.

"The EU's only global power is its economic power, but the Commission cannot use this tool in foreign policy because of the veto rules on sanctions and foreign policy. Even in situations where all EU countries agree to impose sanctions against, say, Russia, some EU governments often use the power of veto to secure concessions in some other areas or to dilute the decision itself," Politico points out.

Adnan Ćerimagić, analyst of the European Stability Initiative, says for "Nezavisne" that the new German coalition in its agreement set the transition to voting on foreign policy and security issues in the Council of Europe through a qualified majority.

"The agreement itself states that this will be done by giving certain assurances to smaller countries that their interests will be protected. Germany itself has been advocating this for several years, but for that to happen, all member states must agree," he stressed.

Despite the initial announcements, as he estimates, it will be difficult to achieve this type of change in practice.

"Many in Berlin believe that offering a wider range of EU reforms, which are in the coalition agreement itself and for which there was no interest in the previous government in Berlin, could encourage the EU to agree to changes in the way of voting on foreign and security policy. It is difficult to predict whether it will achieve this, especially since they are also advocating the creation of a true EU foreign ministry," he said.

"The new German government will definitely abandon the course and attitude towards enlargement in a way that sacrifices democracy for the sake of stabilocracy, which has done a lot of damage to both the EU and the democracies in these countries," she stressed.