Austria gets a new chancellor

Minister of the Interior of Austria, Karl Nehammer, is taking over the duty of the leader of the People's Party and the position of the Chancellor of Austria. 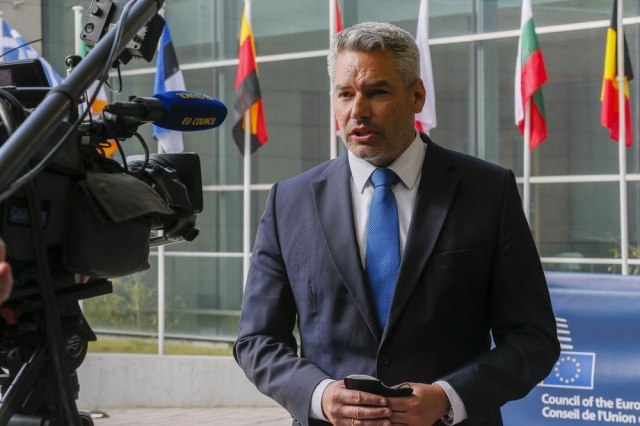 Nehammer knows the OVP very well, since he was the general secretary of the party, and he is also a favorite among his party colleagues.

The fact that the coalition partner the Greens and the governors of the provinces from the ranks of the people accepted the appointment of Nehammer speaks in favor of that.

Greens leader and Vice Chancellor Werner Kogler has already praised that he has a good working base with Nehammer. Nehammer is the candidate wanted by the "gray eminences" in the OVP, especially the governor of the province of Lower Austria, Johanna Mikl Leitner.

The governor of the province of Upper Austria, Thomas Stelzer, has already announced that he will ask the leader of the OVP to be the new chancellor, and the current chancellor, Alexander Schalenberg, certainly does not want to take over the party.

"A new start is needed with a new chancellor who has his own profile," said the governor of the province of Upper Austria, Thomas Stelzer.

In the new cast, Interior Minister Karolina Edtstadler, a former minister without portfolio in charge of EU and constitutional affairs, could take over, Schalenberg could return to the post of foreign minister, and current Foreign Minister Michael Linhart could assume the role of Minister of European Affairs, i.e. reassigned to an ambassadorial post.