Chinese experts from Bai jia hao portal prepared material in which they discussed the hypothetical possibility of a military conflict between Russia and Japan. 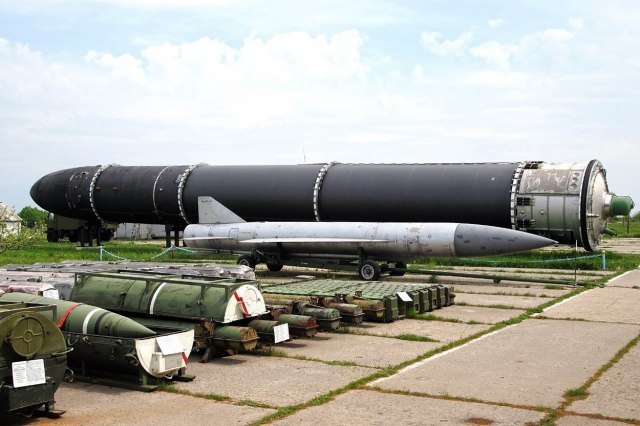 As they say, that is the last, but still possible option, because the relations between the two countries have worsened since Japan got a new prime minister.

The article states that Russia could use the new "Sarmat" combat system in the conflict, which is known in the West as "Satan 2".

The flight range of the missiles of that system is 16.000 kilometers. "Russia's Avangard strategic intercontinental ballistic missiles (ICBM) have terrifying power," the Chinese portal writes.

The authors of the article described in four words the consequences of "Russia's attack on Japanese territory": "Japan will end up under water". They add that Tokyo should not count on the help of the American missile defense system. Earlier, the new Prime Minister of Japan, Fumio Kishida, stated that Tokyo's sovereignty extends to the southern Kuril Islands.

In that regard, Kremlin spokesman Dmitry Peskov stated that Russia does not agree with the statement of the new Japanese Prime Minister Fumio Kishida on the topic of the Kuril Islands, because those islands are the territory of the Russian Federation.

The Kuril Islands dispute, known as the Northern Territories dispute in Japan or the current border contestation between Japan and the Russian federation concerns the rightful ownership of Iturup, Kunashir, Shikotan, and the Habomai Islets. These four islands are the southernmost part of the Kuril Island Chain, which stretches northeast from Hokkaido, Japan to Kamchatka, Russia.

Japan claims ownership by Japan on these islands, referring to the bilateral Treaty on Trade and Borders from 1855.

Tokyo set the return of those islands as a condition for concluding a peace agreement with the Russian Federation, which was not signed after the Second World War.

The Soviet Union and Japan signed a Joint Declaration in 1956, in which Moscow agreed to consider handing over the islands of Habomai and Shikotan to Japan after the conclusion of the peace agreement, and the fate of Kunashir and Iturup was not mentioned.

Moscow's position is based on the fact that the South Kuril Islands became part of the Soviet Union after the Second World War and that Russia's sovereignty over them, which has the appropriate international legal basis, is not in question.

After the meeting of the leaders of Russia and Japan in Singapore on November 14, 2018, the then Japanese Prime Minister Shinzo Abe stated that the parties agreed to speed up the process of negotiating a peace agreement based on the 1956 Joint Soviet-Japanese Declaration.