Explosion in Scotland - houses flew into the air VIDEO / PHOTO

A powerful explosion occurred in the west of Scotland. 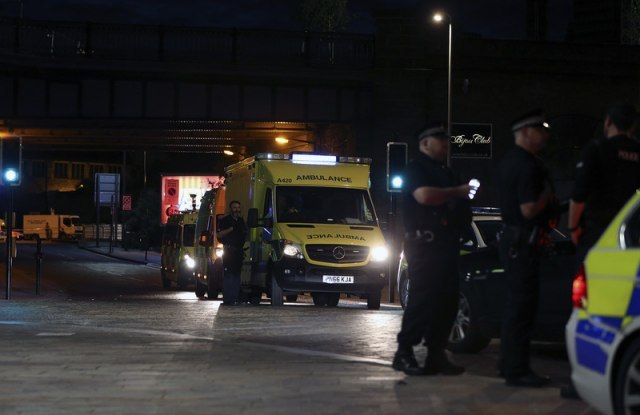 At least one house was destroyed.

Residents were evacuated, and locals said that they heard an explosion shortly after 7 p.m. local time today.

Several local residents wrote on social media that their houses were "shaken" by the noise.

According to the firefighters, nine special forces were sent to the scene of the explosion. A man who lives about 100 meters from the explosion told the BBC that his whole house shook.

"The whole house that was across the street disappeared," he said.

#BREAKING🚨 Emergency services are on scene after a loud explosion was heard in #Ayr, Scotland.

According to the latest information, at least one residential building was devastated in the explosion. It is unknown at this time what caused the incident. Police have asked citizens not to approach the scene, writes the BBC.

"We arrived at the scene after the report of the explosion in Ayr. Emergency services are currently on the scene and we would advise citizens to avoid the area at this time," a police spokeswoman said.

Pray for the people of Kincaidston in Ayr . 2 homes devastated in explosion pic.twitter.com/qcYGfXeHnG

A neighbour who lives round the corner from the scene said: "It sounded like a bomb went off. Our entire house shook and everything from the television to the pictures came off the wall. The scene is like something from ground zero. It is terrifying."https://t.co/5tQEs2XUne pic.twitter.com/HKI2Mqg9CS

So there was a big gas explosion not far from where I stay in Ayr. pic.twitter.com/WpEBeYDc1X