Chaos in Russia: "We suffered cyberattack from the United States and Germany"

Three-day parliamentary and regional elections are going to be held in Russia today. 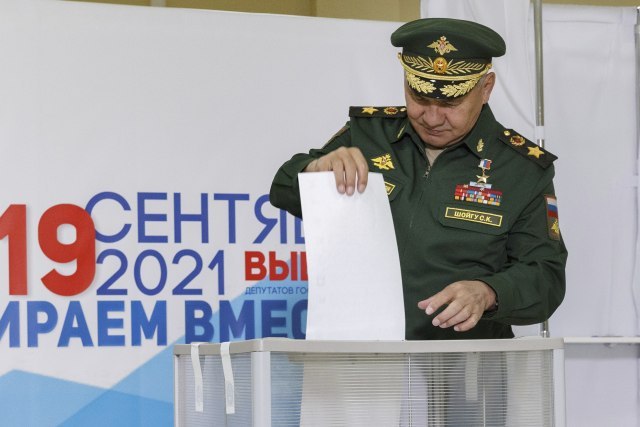 Russian authorities announced today that they noticed a hacker attack on the online voting system.

According to the authorities, the attacks came from IP addresses in the United States, Germany and Ukraine.

Elections for 450 Duma deputies are being held from September 17 to 19.

In addition, nine Russian regions will elect governors, 39 regions - legislatures, and voters in 11 cities will elect a new composition of city assemblies.

14 parties take part in the elections.

It is estimated that the balance of power in the State Duma is likely to remain unchanged after the election.

President Vladimir Putin's "United Russia" is expected to remain the strongest force, while other parties so far represented in the Duma - the Communists, the right-wing populist LDPR and the left-wing nationalist "Just Russia - for the Truth" - will also re-enter the Duma.

However, there could be major changes in government.

While, according to the polls, the Communists have about 20% of support, Vladimir Putin's ruling party is struggling with a historically low result. Even the state research institute VZIOM noticed that "United Russia" at one point slipped below 30 percent of support.

However, just before the elections, its final result is estimated at around 42 percent, but even that would be a drop of more than 10 percent compared to 2016. "United Russia" responded to the dissatisfaction of the voters with the new leadership. For the first time, that party is not feature with the party leader and former Prime Minister Dmitry Medvedev, but with the popular Minister of Defense, Sergey Shoygu. Foreign Minister Sergei Lavrov should also attract voters. The ruling party expects additional votes of about 600.000 citizens in eastern Ukraine in the self-proclaimed pro-Russian republics who received Russian passports and were allowed to vote in neighboring areas of Russia, as well as via the Internet.

A few weeks before the elections, there were one-time payments for pensioners and so-called "security officers", which is an expression in Russia for those who work in the army, police and security services.

Western media report that a court in Moscow forbade Internet search engines, American Google and Russian Yandex, to link the term "Smart Voting" in the search results, a project of opposition politician Alexei Navalny, who is in prison.

In recent years, Navalny has managed to record success with the "Smart Voting" campaign, for example in 2019, in the elections for the Moscow city parliament: opposition candidates won almost half of the direct seats, and the "United Russia" candidate lost to one communist. Moscow, for its part, said it had irrefutable evidence of US involvement in the preparations for and holding of the State Duma elections. Russian Foreign Ministry spokeswoman Maria Zakharova warned Washington not to interfere in Russia's internal affairs. For the first time since 1993, there will be no observers from the Organization for Security and Cooperation in Europe (OSCE) in Russia. Due to the coronavirus pandemic, Russia wanted to invite only 60 observers, and the OSCE intended to send 500, and in the end decided against the mission.

In the largest country in the world, only representatives of the Parliamentary Assembly of the Council of Europe, a total of five people, will follow the elections from Europe.