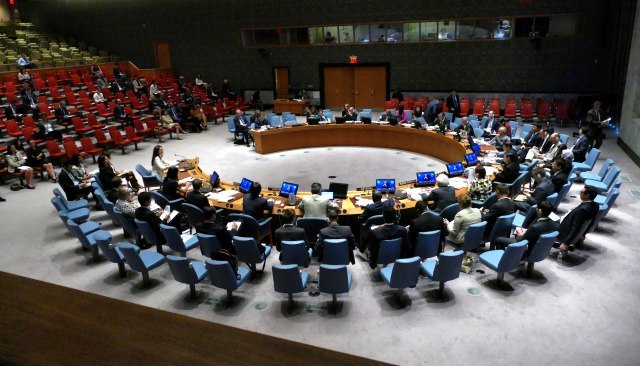 Only the proponents of this resolution, China and Russia, voted for the draft, Banja Luka's "Nezavisne novine" reported.

No one was against, and 13 representatives of the member states of the Security Council abstained.

After the vote, Russia and China expressed regret that the resolution was not adopted because they believe that the newly elected High Representative Christian Schmidt is not legally appointed without the confirmation of the Security Council.

The US representative said that all members of the Steering Board of the Peace Implementation Council accepted the 5 + 2 agenda for the closure of the OHR, including Russia.

The short draft resolution, which was reviewed by the AP, states that the powers given to the High Representative at the 1997 Dayton Accords Implementation Conference are no longer needed due to the progress made by the parties in Bosnia-Herzegovina.

The paper reminds that the ambassadors of the member countries of the Steering Board of the Peace Implementation Council in Bosnia-Herzegovina appointed Christian Schmidt as the new High Representative on May 27, and that Russia did not agree with this decision.