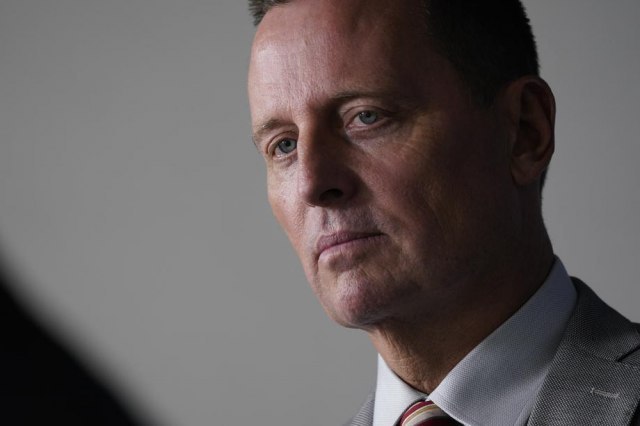 On Tuesday, Grenell received a threat via Instagram from an Albanian that he would be beheaded, that he would be liquidated as soon as he enters Albania, and that Albanians would not forget when they promised something.

He received new threats, which Grenell informed his companions about, from an Albanian who wrote to him that the Albanians were not satisfied with him, and also sent him icons of knives and axes, as well as various other messages.

Grenell did not say why he received threatening messages, but on Monday he congratulated the Serbian people on Vidovdan, one of the biggest Serbian holidays, which provoked violent reactions from the public, as well as some Pristina politicians such as Vlora Citaku and Behgjet Pacolli, who claimed it was was not a Serbian but a Balkan army fighting the Ottomans.

Grenell commented on the threats he was exposed to in the following way: "The violence and homophobia is disgusting. I’m always happy to read thoughtful comments but people don’t hear your point when you make physical threats".