"Everyone should bear in mind - this is a war in Europe"

Ukraine will be forced to create the most powerful army in Europe if the West leaves Kiev to solve the issues related to the situation in Donbas on its own. 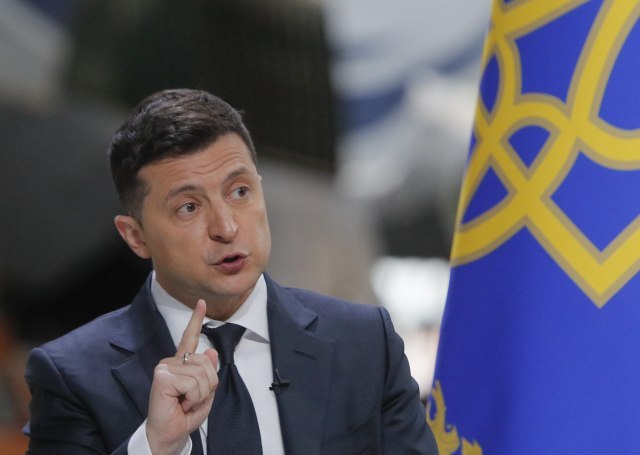 This was stated by Ukrainian President Vladimir Zelensky in an interview with foreign media.

"Everyone should understand that another country could be in our place. If Ukraine solves this global problem on its own, we will have no choice but to turn into a very strong, most powerful army in Europe in terms of equipment and troops. We will do that, simply spend everything we have - a lot of human potential, a lot of talented people", said Zelensky.

According to Sputnik, he thus answered the question of the journalists what can be done to force the West to help Ukraine return the territories that are not under its control now.

Zelensky reiterated that the problem in eastern Ukraine is "the problem of the whole of Europe."

"Western countries must understand that the war in Ukraine, on the border, or in the temporarily occupied territories is the first signal of where it can break out tomorrow and on whose border. It is a war in Europe, but Ukrainians are dying," he said.