Behind the scenes: Snipers, army at the airport, police on the streets PHOTO

Presidents of Russia and United States of America, Vladimir Putin and Joseph Biden, will hold their first bilateral meeting today at Villa La Grange in Geneva. 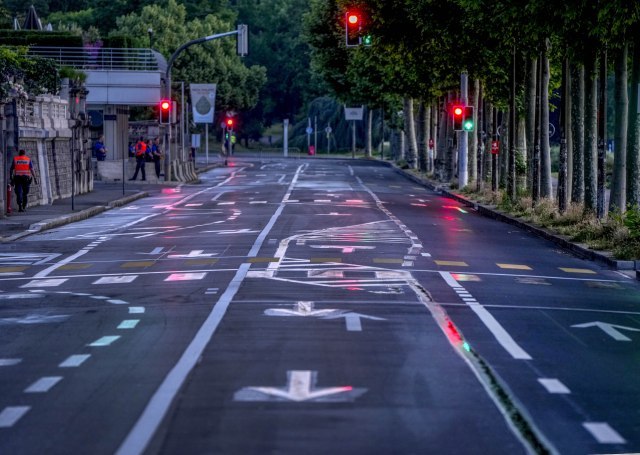 The presidents of Russia and United States of America, Vladimir Putin and Joseph Biden, will hold their first bilateral meeting today at Villa La Grange in Geneva. The agenda of the Russian-American summit includes issues related to cooperation between the two countries.

The American president arrived in Geneva yesterday, while the Russian president will arrive today. The White House announced today that the meeting of the two leaders at Villa La Grange starts at 13:35 Central European Time.

Kremlin spokesman Dmitry Peskov said yesterday that the summit is expected to last about five hours.

As the adviser to the Russian president, Yuri Ushakov, explained, Putin will be welcomed by the president of Switzerland in the villa La Grange, and then the U.S. president will come to the villa.

The traditional joint photo shoot will follow, after which the President of Switzerland will greet the summit participants. After that, the presidents of Russia and the United States will move to the library on the ground floor and the summit will begin.

A joint Putin and Biden press conference is not scheduled. The presidents will address the media individually.

Preparations for the summit in Geneva started from the moment when the agreement was reached for this city to host the two leaders. Strong security measures are in force in the city, especially around the villa where the summit is being held.

As of Monday, 900 police officers have been deployed on the streets. In addition, a military battalion will be on duty at the airport in Geneva, while the remaining 1.000 of them, chosen by the authorities, will help secure the canton's borders.

According to the words of the Deputy Director of the Swiss Federal Police Office, Stéphane Theimer, Switzerland believes that the level of terrorist threat in the world is still high, so the country took measures before the meeting of the leaders of Russia and the USA.

Due to the upcoming summit, flights over Geneva will be temporarily restricted from June 15 to 17 for security reasons, and if a suspicious plane appears in the sky above the city, fighters will be hired.

During the summit, the police will deploy snipers along the edge of La Grange Park, who will work under the supervision of the security services of the delegations. Otherwise, each of the delegations will number from 600 to 800 people.

A large number of journalist teams from all over the world have been accredited for the summit.