It is becoming more certain: Some state will use nuclear weapons

The Stockholm International Peace Research Institute (SIPRI) appealed not to intensify the arms race between the nuclear powers. 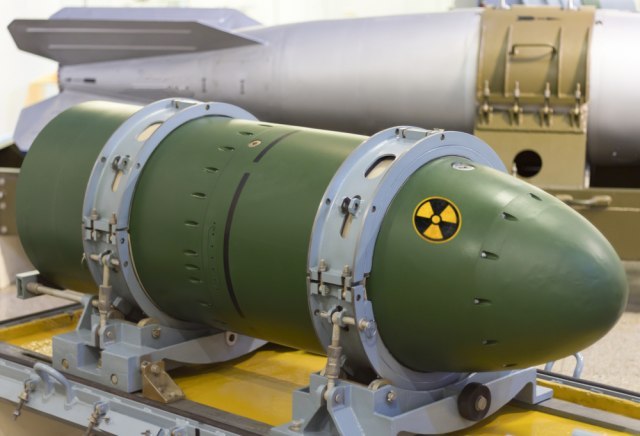 The institute claims that this could break the tendency to reduce the nuclear arsenal.

According to experts, this tendency increases the probability that a country will use nuclear weapons in war.

Since the end of the Cold War, the world's nuclear arsenal has shrunk. But that trend seems to have stopped, the SIPRI report concludes. The main conclusions are that more nuclear warheads have been deployed in operations, despite a general reduction in the number of warheads recorded by 2020. About 2.000 warheads are being held on high alert.

"This is a significant new trend, which all countries should see as a warning: we must really beware of a return to some kind of arms race between nuclear powers," SIPRI researcher Hans Christensen told Swedish national radio and television station SVT.

Between 2020 and 2021, the number of warheads in military nuclear stockpiles increased by about 300. These are nuclear weapons deployed in operational units and in military depots.

About 2/000 nuclear weapons are currently on standby around the world, most of them Russian and American weapons, according to SIPRI.

Although the United States and Russia reduced their total stockpiles of nuclear weapons by dismantling retired warheads in 2020, it is estimated that both had about 50 more nuclear warheads in the operational schedule in early 2021, according to SIPRI. The increase was carried out mainly by deploying land-based intercontinental ballistic missiles and submarine-based ballistic missiles.

However, the other seven states with nuclear weapons are also developing or deploying new weapons systems or have announced that they will do so.

For example, the United Kingdom revised its security policy in March 2021 and reversed its previous policy of reducing its nuclear arsenal. Instead, it has raised the planned range of nuclear weapons from 180 to a maximum of 260. China is in the midst of significant modernization and expansion of nuclear weapons stockpiles. India and Pakistan are also expanding their nuclear arsenals.

Therefore, the probability that a country will use nuclear weapons in the war is increased, SIPRI experts estimated.

"All this shows that the way has been paved for the potential use of nuclear weapons. We believe that the risk is increasing. We see that countries are not only expanding their arsenal, but by modernizing their forces they are putting a stronger emphasis on nuclear weapons in their military strategy," Christensen said.

At the same time, Christensen emphasized that the situation is not as tense as it was in the Cold War. The total arsenals of nine countries with nuclear weapons (USA, Russia, Great Britain, France, China, India, Pakistan, Israel and North Korea) are estimated at the beginning of 2021 at 13.080 warheads, Sputnik reports.