He seriously threatens Biden - who is he?

The fight within the Democratic Party reached its peak when Democratic Senator Joe Manchin announced that he would not vote for Biden's bill on voting rights. 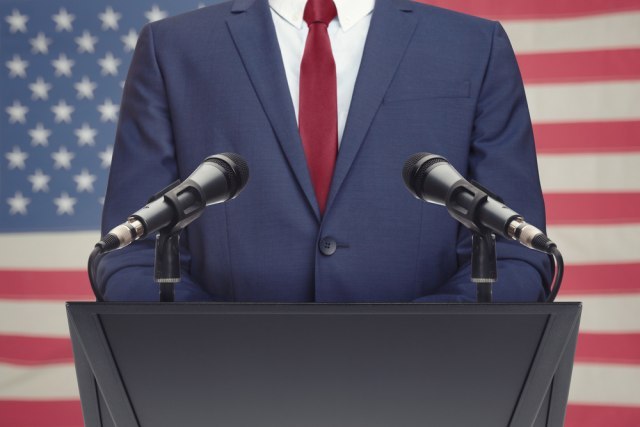 He states as a reason that no Republican will vote.

At the same time, he reiterated that he wants to protect the Senate filibuster rule, which serves to prevent the minority from voting on a bill.

Manchin's article published in the Charleston Gazette newspaper infuriated the Democrats on the left, who say that it is not just a bill on voting rights, but that Manchin endangers Biden's entire agenda.

Who is Joe Manchin?

He comes from the small town of Farmington in West Virginia, a region that once housed mines that attracted Italian immigrants, including Manchin's ancestors (whose last name was Mancini).

His family was politically influential in West Virginia, and his grandfather and father were Democrats and mayors of Farmington.

Manchin has been building his political career since 1982 when he was a representative in the National Assembly, then was elected Secretary of State of West Virginia in 2001, and became governor in 2005. When Democrat Robert Bird passed away in 2010, Manchin won his Senate seat.

Although West Virginia used to be pro-Democrat, Manchin is the only representative of his party at the national level. West Virginia was won by Donald Trump in the 2016 and 2020 elections.

That may be the explanation why Manchin leans more to the right than other Democrats.

Manchin's political mentor, Senator Bird, has represented West Virginia for 51 years. He supported filibuster and believed that senators could put aside party differences and come to an agreement.

But Bird was a controversial figure. Although he was the founder of the local Ku Klux Klan, he denied any connection to the racist organization. He also used filibuster to postpone the vote on the Civil Rights Act of 1964 and to vote against the appointment of Judge Thurgood Marshall, the first black man to be nominated for the Supreme Court.

Manchin continued to apply some of Bird's beliefs about the Senate.

"I think his beliefs are a little different from what American politics has shown to work over the past decades. I believe that, deep down, he thinks people can unite and solve problems, but that's impossible to do in this political climate in the United States", Richard Brisbane, a professor of political science at the University of West Virginia, said.

Democrats now have a narrow majority of only 50 members of the Senate, and the decisive vote is given to them by the Vice President of the USA, Kamala Harris. However, the filibuster rule requires 60 senators to agree to end the debate on a bill and put it to a vote. That means Democrats also need to convince 10 Republicans to vote on their bills.

Republicans have already promised to use filibuster to block everything Democrats and Biden suggest. This continuous obstruction has led to more and more calls for the abolition of filibuster. But even though they have a majority in the Senate, the Democrats would not be able to do so because of Manchin's opposition.

"Joe Manchin is doing everything he can to stop democracy and not work for the benefit of the citizens, those who brought us here," Congressman Jamal Bowman told CNN. The law on the right to vote, which Manchin will not support, is very important to Democrats because of other laws adopted by Republicans at the federal level, which make it difficult for certain groups to vote or give the authorities the authority to annul the election results.

Manchin, however, does not oppose what is written in the law, but has a problem with the fact that no Republican will support him. However, he supported the same bill in 2019, when he also did not have the support of Republicans.

"Senator Manchin is a Democrat who represents West Virginia, a state that leans toward Republicans. He may portray the situation we see in Congress, which is that the Senate and House of Representatives are sharply divided because Democrats have a very narrow majority," said Michael Thorning of the organization. Center for Bilateral Politics.

He believes that Manchin's position on filibuster would enable the senators to reach an agreement in other areas, such as infrastructure or reform of the criminal sanctions system.