The latest attack - this is the fourth war PHOTO / VIDEO

The Israeli air force carried out a series of massive air strikes at several locations in the city of Gaza early this morning. 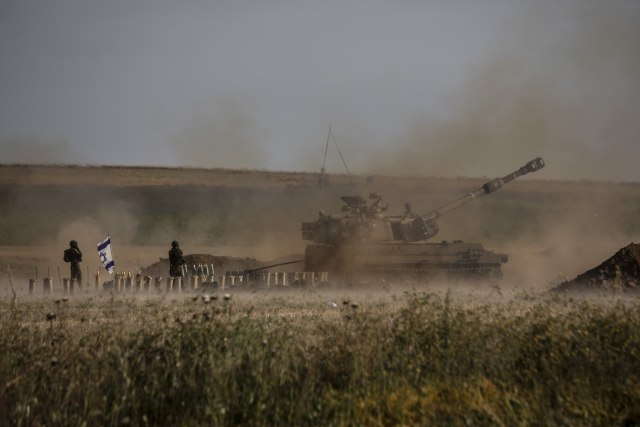 The latest was carried out just hours after Prime Minister Benjamin Netanyahu announced a new, fourth war with Palestinian Hamas, which rules the Gaza Strip.

This morning's 10-minute attack targeted targets in the wider Gaza Strip. The operation of the Israeli aviation lasted longer than yesterday's, the deadliest so far, in which 42 Palestinians were killed, and according to the data from the AP, this morning three multi-storey buildings were razed to the ground.

The Israeli army said that the attacks were carried out on the suspected residences of nine Hamas commanders throughout Gaza, but for now, there are no data on the number of victims and material damage.

Local media reported that the main coastal roads in the western parts of the city, the buildings of the security services, were also targeted by Israeli missiles and bombs this morning, and the local electricity distribution company said that the transmission line from the only power plant supplying electricity to most of the southern parts of the city of Gaza was damaged.

A Hamas rocket hit a synagogue in the city of Ashkelon in the south of Israel, just a few hours before the evening service on the occasion of the Jewish holiday of Shavuot, but no one was injured, it was confirmed from the emergency services.

In yesterday's air strikes by the Israeli air force on residential areas, entire families were buried in the rubble, and dust, glass and parts of buildings covered the city streets in Gaza. Palestinian sources from Gaza said last night that the number of civilian casualties after a week of conflict with Israel had reached 197 and that there were 58 minors and 34 women among them.

More than 250 wounded citizens of Gaza were evacuated to Egypt for treatment and recovery from injuries, Palestinian medical officials confirmed, the Times of Israel reported earlier.

According to official data, a total of 42 people were killed in yesterday's Israeli attacks, and as many as ten children were among them, Reuters reported earlier.