Israel opened artillery fire and carried out more airstrikes on Palestinian militants in the Gaza Strip, after rocketing Israeli territory 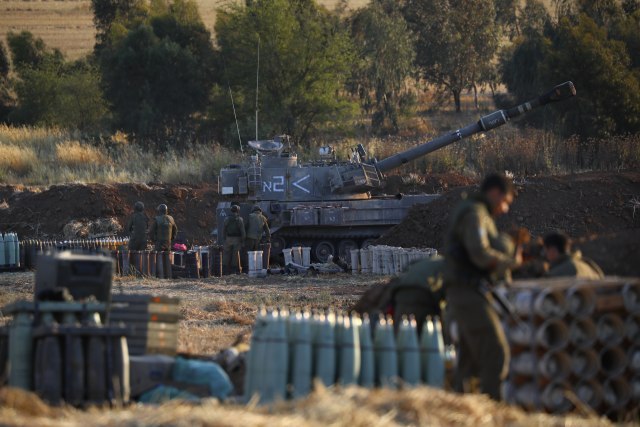 But that country states that there was no ground troops offensive.

The clashes entered the fifth day, with no signs of easing, the Israeli military said after midnight, after ground troops had previously attacked the area held by the Hamas movement, Reuters reports.

The rocketing from Gaza to Israel followed very quickly.

Although the military did not provide more details, Israeli military reporters receiving information from the armed forces say there was no ground invasion and that troops fired from artillery batteries from the Israeli side of the border.

Residents of northern Gaza, near the border with Israel, say they have not seen signs of Israeli ground troops, but say heavy weapons have been fired and there have been dozens of airstrikes. Israeli Prime Minister Benjamin Netanyahu said on Thursday that the action would continue for some time. Israeli officials said that Hamas must be confronted strongly before any ceasefire occurs.

The United Nations Security Council will consider the escalation of violence between Israel and Palestinian militants on Sunday.

Eyewitnesses say many families living in the Gaza Strip are leaving their homes, and some have sought refuge in the schools under UN patronage.

The violence has spread to communities where the Jewish and Arab populations in Israel live together, representing a new front in the long-running conflict. Synagogues were attacked, and clashes spread to the streets of some cities, which is why Israeli President Reuven Rivlin warned of the possibility of a civil war.

At least 109 people have been killed in Gaza, including 29 children, over the past four days, Palestinian medical officials said. On Thursday alone, 52 Palestinians were killed, the largest number in a single day since Monday.

Seven people were killed in Israel - a soldier patrolling the border with Gaza, five Israeli civilians, including two children, and an Indian worker, Israeli authorities stated.