The Palestinians launched dozens of rockets from Gaza early this morning, and Israel retaliated with new air strikes. 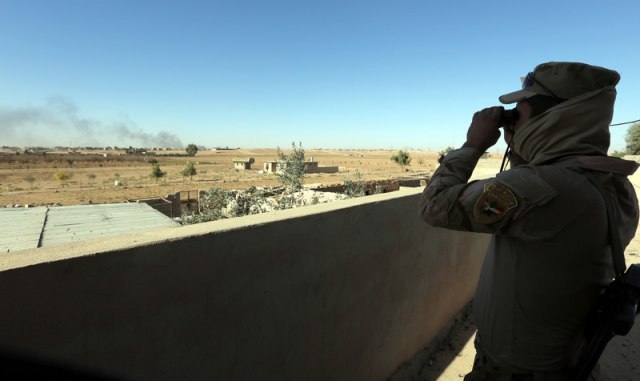 The Israeli army announced this morning that in response to the shelling from the Gaza Strip on Israel, it fired 130 targets in the Palestinian territory that belong to Hamas. At least 15 members of Palestinian armed groups have been killed in the Gaza Strip.

The military also confirmed that it had carried out dozens of air strikes on the Gaza Strip overnight, targeting military installations and members of Hamas.

In Gaza, 22 people were killed in Israeli attacks last night, including nine children, and more than 700 Palestinians were injured in clashes with Israeli forces in Jerusalem and across the West Bank in the last 24 hours, and 500 of them were admitted to hospitals, AP reports.

Prime Minister Benjamin Netanyahu said on Monday that terrorist organizations in Gaza crossed the "red line" and carried out a rocket attack on the suburbs of Jerusalem. He said that the fighting could continue for some time and that whoever attacks Israel will pay a high price.

In a statement this morning, Hamas leader Ismail Haniyeh said that the rocket attacks would continue, until Israel stops the actions of terrorism and violence in Jerusalem, near the Al Aqsa mosque.

There was a conflict late yesterday, Hamas launched dozens of rockets last night, and air danger sirens sounded in Jerusalem.

The attack came after Hamas gave Israel a deadline to withdraw forces from the Al-Aqsa complex. Palestinian protesters clashed with Israeli police yesterday in front of the Al Aqsa Mosque in Jerusalem ahead of the announced march of Jewish nationalists. Local media claim that more than 300 people were injured, protesters threw stones at the police, and they retaliated with shock bombs. Earlier, the police banned Jews to come to the part of the city around the Al Aqsa Mosque during the march on the occasion of the Day of Jerusalem, which was marked yesterday in memory of the event when the Israeli army captured East Jerusalem in 1967.

On that day, Jewish nationalists organize a march mainly through Muslim-populated parts of Jerusalem, and many Palestinians consider such manifestations to be deliberate provocations.

Israeli police said thousands of Palestinians barricaded themselves in the complex of the Al-Aqsa Mosque during the night and were preparing to shoot at marchers with supplies of oysters and Molotov cocktails, and police were ordered to enter the building on Monday morning to disperse protesters.

Earlier, the protesters pelted the nearby police checkpoint with stones, and according to the data of the Palestinian Red Crescent, over 600 Palestinians were injured in Jerusalem alone.

The latest wave of clashes between Palestinians and Israeli police began on Friday night on the Temple Mount in Jerusalem, a holy place for both Muslims and Jews. Tensions have also risen over the potential eviction of Palestinians from a country claimed by Jewish settlers, and the court, which was due to rule on Palestinian families' appeals on Monday, has postponed a hearing set for a new date in the next 30 days.

Palestinian health officials in Gaza said 22 people, including children, had died in the strikeshttps://t.co/genG6glD7p pic.twitter.com/5HIGZ4H6fy