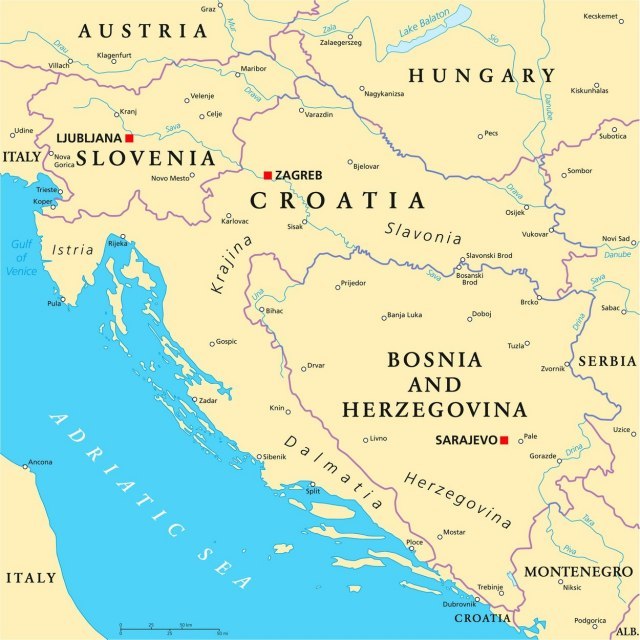 "I'm not sure who could be the source of something like that. I am aware that it is distributed diplomatically. "I think that the states, as we know them, will resist that and we will support them," he said when asked about unofficial documents from an unknown and unclear source, which suggest possibilities for changing the borders between the countries of the Western Balkans.

Price, one of the congressmen with extensive foreign policy experience, who has represented North Carolina's 4th district in the House of Representatives since 1987 (with a two-year hiatus between 1995 and 1997), said it "evokes memories of past hostilities and threatens to raise tensions in the Balkans", as he called it "a politically fragmented area with a multitude of ongoing disagreements".

In the last month, two so-called "non-papers" have appeared in the international public, discussing issues that have aroused passions among the countries of the Western Balkans.

"Non-paper" is an unofficial, unsigned and unapproved document in any official body.

The first "non-paper" became a topic after the media in Slovenia, Croatia and Bosnia and Herzegovina speculated about the existence of an alleged document containing a proposal to draw new borders in the former Yugoslavia.

Bosnian media claimed that Slovenian Prime Minister Janez Jansa sent it to European Council President Charles Michel, and the Slovenian portal "Uncensored" even published the content of an unofficial document, of unconfirmed authenticity, which allegedly presented ideas about the division of Bosnia-Herzegovina, the annexation of Republika Srpska to Serbia and the unification of Kosovo with Albania.

Jansa has repeatedly claimed publicly that he neither compiled nor sent the document, while on the other hand, Charles Michel's cabinet could not confirm or deny its receipt.