Angela confessed: Things got out of control

German Chancellor Angela Merkel admits that the authorities failed to handle successfully the situation in that country relating to combating coronavirus. 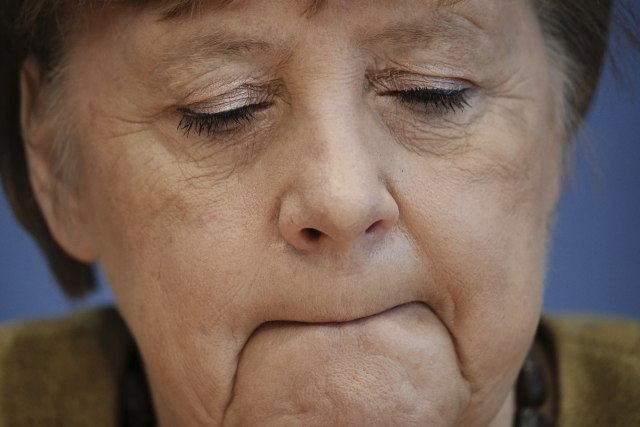 According to the daily "Bild", at the video conference with the heads of the CDU / CSU factions in both the Bundestag and the provincial assemblies, she spoke openly about the failure of the government.

"We lost control of the matter," the paper quoted the chancellor as saying.

She pointed out that the number of new patients must be reduced to 50 per 100.000 inhabitants, and she states that now everyone is happy when it is below 200.

Merkel also acknowledged the failure of the authorities, saying that the health services do not have the ability to monitor the contacts of the patients. It is especially important, according to the Chancellor, to make travel difficult or to ban it altogether.

"I have asked a hundred times why we cannot ban travel," she said. She added that she constantly received the answer that Germany is a free country, that it is possible to limit the radius of movement, but that it is difficult to ban travel to the world. Merkel wants to make travel unattractive and uncomfortable with the harsh regime of entering the country.

As for "unlocking", she says that it is not possible to talk about it at the moment. "We will have to resort to different dynamics of opening than previously decided - first kindergartens and schools, followed by shops and restaurants," the German chancellor explained.