One of the most important details of the inauguration day is the handing over of the nuclear briefcase to the new head of the White House. 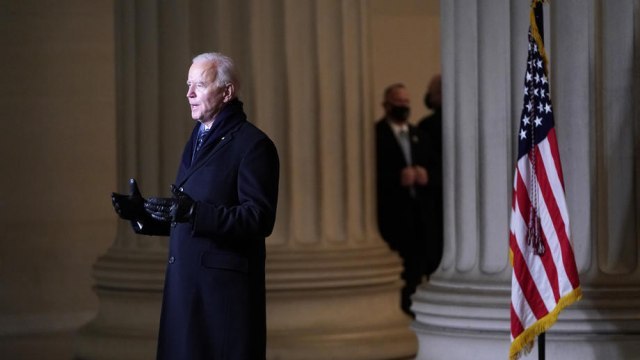 Many wondered how the handover would take place, given that Trump was thousands of kilometers away from Biden.

However, there are several nuclear briefcases, and contrary to popular belief, the nuclear briefcase does not contain a button but a set of codes that can automatically launch a nuclear weapon - the equipment and authorities that the US President would use to order a strike, NBC television network reported.

One briefcase traveled to Florida with former US President Donald Trump and his code set expired at 11 hours, 59 minutes and 59 seconds local time, and Biden's code set was activated exactly at noon (18 hours our time).

The spare nuclear briefcase was in the possession of former US Vice President Mike Pence, and he should have handed it over to the new vice president - Kamala Harris.

Joe Biden received his "biscuit" (a plastic card with the codes for the nuclear attack) most likely before the inauguration, as well as Vice President Kamala Harris, and then they should be familiar with the procedure for launching a nuclear strike, US media report.

Additionally, the President is required to carry a plastic card known as the "biscuit" with them at all times. The biscuit contains alphanumeric codes that are used to positively identify the president, who maintains the sole, legal authority to authorize a nuclear launch.

It is common for a nuclear briefcase, which is under the sole control of the US President, to launch nuclear missiles at any time, and is carried by a military aide who accompanies the President at all times and handed over to another aide standing next to the newly elected president at the inauguration, but this procedure was not followed through on this occasion.