The outgoing US President, Donald Trump, left the White House today. He won't attend the inauguration of President-elect Joseph Biden. 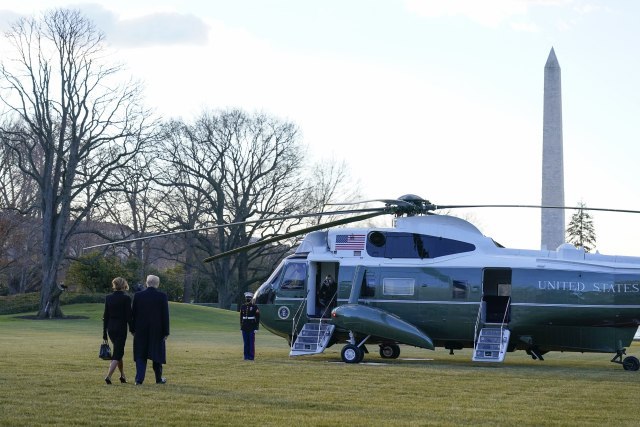 "I love the American people. This is a goodbye, but I hope it's not a goodbye forever," Trump told reporters shortly. He left the White House with his wife Melania.

In a brief address to reporters after takeoff, Trump said he had achieved a lot during his tenure and said he and his wife Melania loved the American people, the Guardian added.

His wife, Melania Trump, also addressed the audience, saying that it was the greatest honor for her to be the first lady of the United States.

"Being your first lady was my greatest honor. Thank you for your love and support. You will be in my thoughts and prayers. God bless you. God bless your families. And God bless this beautiful country. Thank you," Melania Trump said.