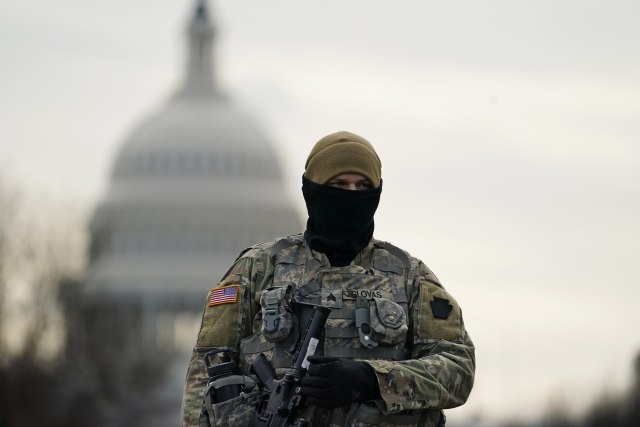 The evacuation of those who participate in the inauguration rehearsal of Joseph Biden is in progress. The chief of the fire service said that the incident, which happened at 10.14 am local time, was related to a small fire, which was extinguished, CNN reports.

As he explained, it was a minimal incident that cannot be considered an incident.

"All buildings within the Capitol complex are blocked due to an external security threat. No entry or exit is allowed, stay away from outside windows and doors, and if you are outside, seek shelter," reads a warning message sent to Capitol employees, CBS reports. The warning was also read through a megaphone, and the participants in the trial inauguration were told to evacuate immediately.

The west wing of the Capitol and the first floor were evacuated.

Currently, thousands of soldiers are around the Capitol, which is preparing for the inauguration of President-elect Joe Biden, which will take place on January 20.

Two days before the inauguration of the new president of the USA, Joe Biden, Capitol Hill is again under alarm, this time due to the "external security threat". It is not yet clear what the threat presents. It is forbidden to enter or leave the building, and the participants of Joe Biden's inauguration rehearsal were evacuated from this building.

Smoke's rising from one part of the building.

Breaking: Smoke near the Capitol building is coming from below the Washington DC Freeway. Unconfirmed reports indicate that the fire, which is now extinguished, came from a homeless encampment. pic.twitter.com/DfBcqdsK6S

VIDEO: 🇺🇸 National Guard soldiers man a checkpoint near the #Capitol in Washington, DC, two days before Joe Biden's #inauguration. Since the January 6 attack on the building, security has been increased around the city, with thousands of troops deployed pic.twitter.com/six4BFLHNQ

Capitol Hill evacuation was prompted by what turned out to be a fire at a nearby homeless encampment, a law enforcement official says - #Capitol #CapitolHill #BreakingNews #WashingtonState pic.twitter.com/C2mpJvCPYm