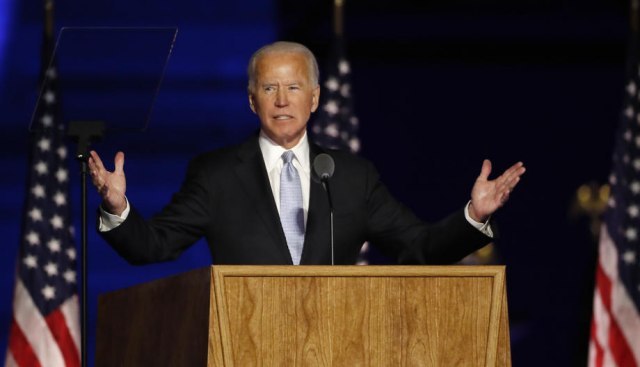 In addition, the first plans are to deal with the problems caused by the coronavirus pandemic, said his chief of staff Ron Klain.

On the first day, 10 presidential decrees will be passed, which do not require the consent of the Congress, Voice of America writes.

After the inauguration on January 20, Biden will immediately lift the ban on travel to the United States for citizens of certain Muslim countries, then submit a request for the United States to rejoin the Paris Agreement on Climate Change, and prescribe mandatory wearing of masks in federal buildings and interstate travel.

The moratorium on repayment of student loans and rents will be extended, in order to prevent those who cannot pay the rent from being left homeless during the pandemic. "These ordinances will help millions of Americans overcome this crisis," Klain wrote in a letter to his associates.

However, for the complete realization of Biden's agenda, the consent of the Congress will be needed, which should approve the plan for delivering aid in the pandemic worth 1.9 thousand billion dollars.

Klain also announced that Biden would propose a new law on immigration on the first day on duty.

On the second day, Biden will pass a decree related to the pandemic - opening schools and starting businesses and mass testing for the coronavirus, and on the third day, it is planned to pass a decree that would financially help those who were most affected by the pandemic. Next week, Biden is expected to raise the issue of reforming the system of prison sanctions, climate change and immigration, including the reunification of separated families between the United States and Mexico.