We are under unprecedented assault VIDEO

"The scenes of chaos at the Capitol do not reflect a true America, do not represent who we are”, US President-elect Joseph Biden stated tonight. 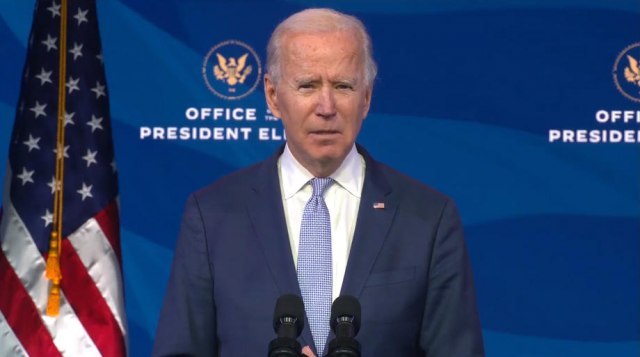 EPA/OFFICE OF THE PRESIDENT ELECT /

“At this hour our democracy is under unprecedented assault unlike anything we've seen in modern times,” Biden said, adding that what unfolded was, “an assault on the rule of law like few times we have ever seen it.”

“I call on this mob to pull back and allow democracy to go forward,” Biden said. “At their best the words of a president can inspire, at their worst they can incite.”

Biden also called on Trump to “go on national television now” to “demand an end to this siege", adding that the next four years must be a restoration of democracy, the rule of law and decency.