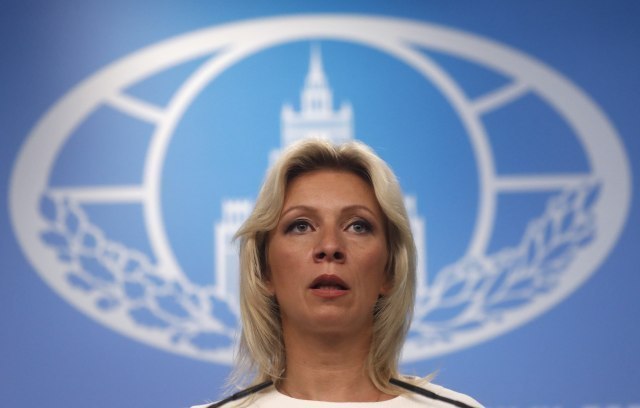 "Information war around vaccines against the coronavirus is already underway, the truth about domestic achievements is Russia’s strength", Russian Foreign Ministry Spokeswoman Maria Zakharova said in an interview with TASS on Thursday.

"Regretfully, yes, the vaccine war is already underway. This is the war of everything: a politicization of the COVID issue has occurred. The infodemic related to the pandemic happened. A part of this horrible reality is, of course, also the war of the vaccines, and of everything related to the smear campaign against Russian efforts or blocking the information on Russian achievements," Zakharova explained.

Zakharova considers it important to be able to respond to misinformation, refute it and bring counterarguments.

"Russia’s strength is in the truth, as always, the truth about our achievements, about what we are doing," she emphasized.

The spokeswoman noted that she saw in Western media numerous "rumors, speculations, overt nonsense" regarding the Russian vaccine.

"When they couldn’t find anything to latch onto, they came up with a ‘brilliant’ thing: they said that Russia is evil because it conducts its own misinformation campaign regarding Western vaccines. This is simply some kind of absurdity. The vaccine war is underway, but, I think, this is not the war of scientists, this is the war of politicians and precisely those fighters of the information frontlines that we deal with on the pages of mostly Western mainstream media, they are pontificating on TV, and so on," she added, as Sputnik reports.

On August 11, Russia became the first worldwide to register the vaccine against the coronavirus which was named Sputnik V. The preparation was developed by the Gamaleya National Research Center for Epidemiology and Microbiology of the Russian Healthcare Ministry. The vaccine is based on a studied and tested platform of human adenoviral vectors, whose important advantages are safety, efficacy and the absence of long-term side effects.