Unusual scene: More than 1.500 trucks are waiting to cross the border VIDEO

More than 1.500 trucks got stuck in the south of England due to the impossibility of crossing the border and entering France. 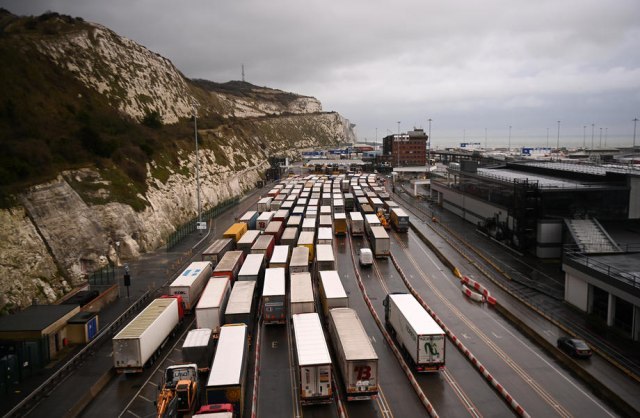 The government of British Prime Minister Boris Johnson is trying to find a way to open the borders with France and unblock one of the most important European trade routes nine days before the final separation of the United Kingdom and the EU.

Most of the drivers are French, who are hoping for an agreement between Great Britain and France soon in order to return home as soon as possible. The British media called them 'Macron's Christmas hostages'.

Drivers have been stuck in the south of England for more than 48 hours, many are frozen and have no food. The British Minister of the Interior, Priti Patel, said that there were about 650 trucks on the M20 highway, and that 873 of them were placed on the runway of the nearby airport.

More than 40 countries have temporarily closed borders for goods and passengers from the United Kingdom, canceling flights from that country due to the rapid spread of a new strain of coronavirus.