The most powerful people in Europe: doers, disrupters and dreamers

Brussels' Politico has published a list of the most powerful people in Europe. 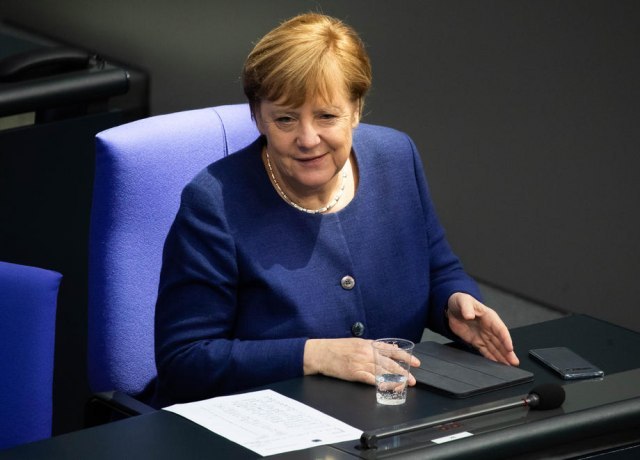 German Chancellor Angela Merkel is holding first position, because she has been in power for 16 years, with the assessment that she will probably remain the most powerful leader on the continent until she withdraws from politics next year.

The explanation states that Merkel was a stable hand during her rule through cataclysms, from the great recession and crisis of the Eurozone to the coronavirus pandemic.

There will probably be a confrontation between the two fractions within the EU over the vision of Europe, and "Politico" concludes that Merkel probably did not move Europe forward, but kept it together. The Politico list is divided into three categories of leaders - doers, disrupters and dreamers.

The first on the list of doers is the Italian Prime Minister Giuseppe Conte, and the Brussels paper marked him as a man who will not allow Italy, which is too big, to fail.

He is said to be a man who is dealing with an unstable coalition and attacks by ambitious right-wingers at home, while in the field of foreign policy, he must convince the EU that he will succeed in drawing up a financial act.

It is stated that his decision to lockdown the country at the begging of the pandemic brought him loyalty, which is indicated by the results of the local elections, in which the right-wing parties failed to win.

The founder of the Telegram Messenger application, Pavel Durov, is on the list of disrupters, and Politico states that his application has long been on the radar of European governments as a tool for conspiracy and terrorist propaganda, but also that he has been increasingly active in organizing mass movements for the West.

Among the disrupters are Thierry Breton, the European Commissioner for the Internal Market, who is said to be striving to achieve Paris' ambition for strategic autonomy, the leader of the Italian right-wing Brothers of Italy, Giorgia Meloni, Russian President Vladimir Putin whom Politico refers to as "boogeyman", British writer J.K.Rowling, when commenting on the rights of transgender people, Scottish Prime Minister Nicola Sturgeon.

European Commission President Ursula von der Leyen is included in the category of dreamers because of her ambition to unite Europe, NATO Secretary General Jens Stoltenberg when the Brussels portal describes him as the guardian of the most concrete order after the Second World War, BioNTtech chief expert Dr Özlem Türeci, who won two Nobel Prizes - for medicine and for peace.

Politico also included the Belarusian oppositionist Svetlana Tsikhanouskaya, the mayor of Prague Zdeněk Hřib, who wants to make the Czech capital a city on a hill, the Swedish epidemiologist Anders Tegnell, who ignored politics in favor of human psychology, and others.