CIA had a secret MK-ULTRA project that was carried out during 1957 and 1960, with a goal to gain control over human mind by using drugs and methods of hypnosis. 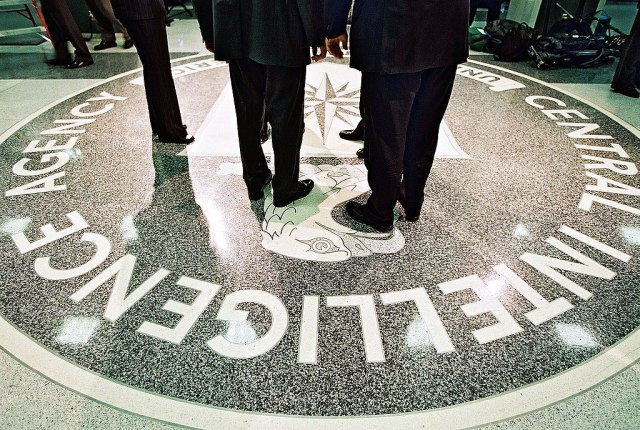 Everything was revealed in the recently broadcast research series "Brainwashing" of the American TV network CBS, which was dedicated to the infamous MK-ULTRA project, Jutarnji list reports.

It was also revealed, after removing the secrecy mark from numerous documents, that the infamous project was carried out in Canada as well, and that the government there knew about it.

During the early Cold War, the CIA was convinced that the Communists had discovered a cure or technique that would allow them to control the human mind. In response, the CIA launched its own secret program, called MK-ULTRA, in search of a mind control drug that could be a weapon against the enemy.

The MK-ULTRA project was led by chemist dr. Sidney Gottlieb.

"Some of Gottlieb's experiments were covertly funded at American universities and research centers, while others were conducted in American prisons and detention centers in Japan, Germany and the Philippines," Stephen Kinzer, a journalist for the National Public, told National Radio. It was also revealed that famous universities such as Harvard, Columbia, Massachusetts were also involved in the monstrous project...

Of course, all this took place in strict secrecy, and the first volunteers in the research were CIA agents and scientists, including Gottlieb himself, who later admitted that he had taken LSD more than 200 times.

In addition to LSD, mescaline, cocaine, and marijuana were used extensively in CIA experiments. Volunteers who took LSD during the experiments, in a large number of cases, considered it a very pleasant experience and told their friends about it, among whom were some celebrities. Thus, Sidney Gottlieb in some way accelerated the development of counterculture in the 1960s. After initial experiments with LSD involving volunteers, Gottlieb extended the trials to inmates.

According to Kinzer's research, many of the participants in Gottlieb's experiments were exposed to psychological torture ranging from electroshock to high doses of LSD. For example, in one project, children aged six to 11 who were diagnosed with schizophrenia received LSD every day for six weeks.

The CIA also introduced surveillance of numerous brothels that were wired to study how the combination of sex and drugs affects men's willingness to reveal secrets.

"Gottlieb wanted to create a way to seize control of people's minds, and he realized it was a two-part process," Kinzer says. "First, you had to blast away the existing mind. Second, you had to find a way to insert a new mind into that resulting void. We didn't get too far on number two, but he did a lot of work on number one. We don't know how many people died, but many lives were permanently destroyed. Ultimately, Gottlieb concluded that mind control is not possible", Stephen Kinzer said. The MK-ULTRA project came to an end in 1973, when the then US President Richard Nixon replaced the then CIA director who directly protected Gottlieb.

But before an investigation was launched into the entire case, the CIA leadership ordered that all documents be destroyed. However, part of it is still preserved. Also, the details of the project were published in the book by journalist Kinzer, who researched the topic for a long time, and which is entitled "Poisoner in Chief: Sidney Gottlieb and the CIA's search for mind control".