World combating the pandemic: The most difficult week is behind us

According to the latest information, almost 1.280.000 people died of coronavirus in the world, while more than 51.000.000 were infected 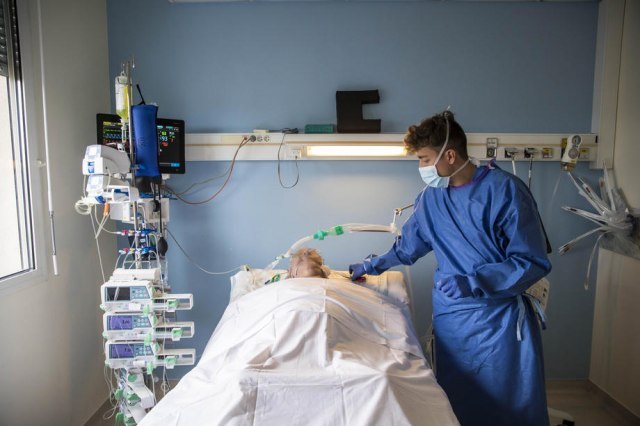 Europe is a hotbed. The measures are being reintroduced, and more than 300.000 dead have been registered on that continent.

More than 300.000 people have died from the effects of the coronavirus across Europe, according to data released by Reuters on Tuesday.

According to the British agency, although only 10% of the world's population lives in Europe, it has recorded almost a quarter of the total of about 1.2 million deaths in the world.

In Italy, more than 35.000 newly infected with coronavirus were discovered in one day, and a tragic record of deaths was recorded - 580 within 24 hours.

The Slovak government decided today to extend the state of emergency for another 45 days, due to the current epidemiological situation.

The state of emergency was introduced on October 1 and was supposed to end on November 14, but now it will be extended, reports Tass.

In Austria, 7.514 new cases of coronavirus infection and 65 deaths were registered in the last 24 hours. Vienna has the highest number of new infections with 1.427, followed by Upper Austria with 1.396.

In Slovenia, a record 40 patients infected with coronavirus died in the last 24 hours, while 2.217 new cases were confirmed.

In the last 24 hours, 10.611 new cases of coronavirus were confirmed in Ukraine, which is 4% more than the previous day, the Ministry of Health announced.

In Russia, 432 people died in the last 24 hours from COVID*19, so that a total of 31.593 people died as a result of the disease since the outbreak of the pandemic.

The number of new cases of coronavirus in the world increased last week by more than 3.6 million, which is the highest number in one week since the outbreak of the pandemic.