Capital of Nagorno-Karabakh is under fire for the eleventh day in a row. Prime Minister of Armenia mentions genocide. 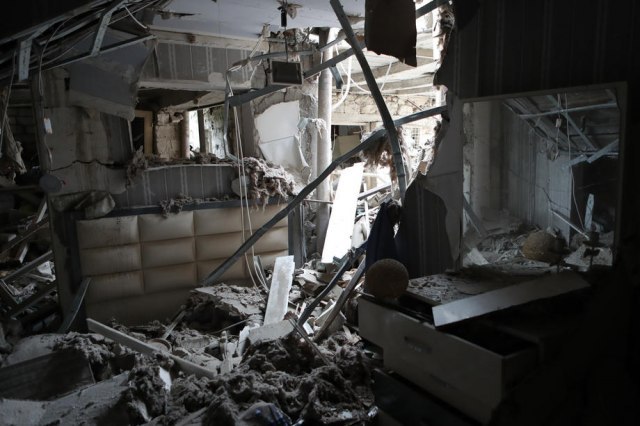 Armenian Defense Ministry spokesman Artsrun Hovhannisyan said that Azerbaijan was preparing an offensive, gathering an army on the Iranian border so that Karabakh could not open fire on them.

At the same time, the spokesperson of the Ministry of Defense of Armenia, Shushan Stepanyan, stated that at night the enemy tried to fortify itself in the southeast direction, although it did not reach the city of Jabrayil, but that artillery units of the Armenian armed forces backfired.

As she said, at 6:30 am local time, after another rocket-artillery attack, the remnants of three super-heavy enemy brigades fled the battlefield, leaving another 60 dead, as well as 22 units hit and several dozen units of equipment, Sputnik reported.

The Armenian Ministry of Defense published a video of the destruction of the fuel depot of the Armed Forces of Azerbaijan. Spokeswoman Susan Stepanyan also confirmed that information by posting on Facebook.

"As a result of the brilliantly performed actions of the Karabakh Defense Army, another warehouse of oil derivatives of vital importance for the Azerbaijani army was destroyed," Susan Stepanyan wrote on her Facebook.

The representative of the Ministry of Defense of Armenia, Artsrun Hovhannisyan, announced on his Facebook that there was a barracks with enemy soldiers next to the destroyed warehouse, reports Sputnik.

He says that the army of Karabakh shelled the fuel warehouse, as a result of which the barracks was destroyed.

"There are 200 victims in the barracks. "Their army is of no value to them," Hovhannisyan writes.

Destruction of another large stockpile of vital oil products of the #Azerbaijan'i army in the result of brilliant operations of the #Artsakh #DefenceArmy pic.twitter.com/4SrzZq465S

⚠️Graphic Alert⚠️
As war between Armenia & Azerbaijan is on peak,more than 25K ppl hv been k¡||ed from both side.100s of d€ad bodies of Azeri troops r rotting near Line of contact but Azeri army is not accepting d martyrdoms of its troops. It means Paki generals hv reached there pic.twitter.com/OjGzn3bUHT