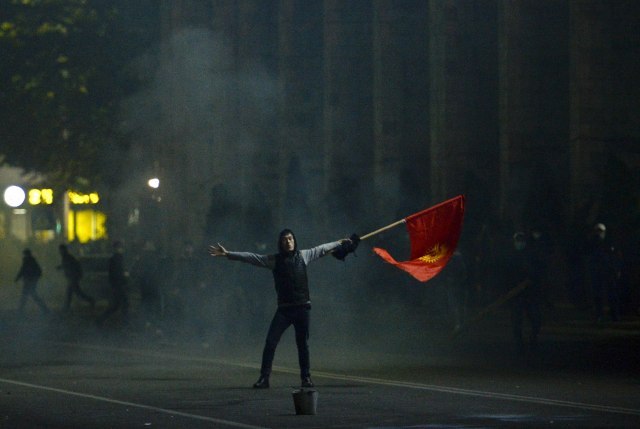 The demonstrations in the capital of Kyrgyzstan, Bishkek, started at the moment when the Election Commission announced the preliminary results of the elections held on Sunday. Protesters gathered at high speed and chaos could begin.

A truck destroyed the gate behind which are the presidency and the parliament, a building also called the "White House".

A fire was also set in the presidency building, which was quickly extinguished.

The police charged the protesters and used rubber bullets, tear gas and water cannons, but the citizens of Bishkek was "superior" and stormed the building. 590 people were injured, of which 150 were hospitalized. Also, 190 members of the security forces were injured.

Protesters then released former President Almazbek Atambayev and former Prime Minister Sapar Isakov, who led the government in 2017 and 2018, from prison.

#Kyrgyzstan is experiencing another round of political turmoil after parliamentary elections on October 4 saw the apparent victory of the pro-Russia establishment. The opposition said the polls were rigged. Read: https://t.co/1PyRyrevsL #Bishkek #Kyrgyzstan2020 #KyrgyzstanProtest pic.twitter.com/oTMdVRFllX