The fifth day of war in the Caucasus: Azerbaijani helicopter shot down PHOTO / VIDEO

For the fifth day in a row, the conflict in the Caucasus between Armenia and Azerbaijan continues, as two countries accuse each other of initiating the conflict 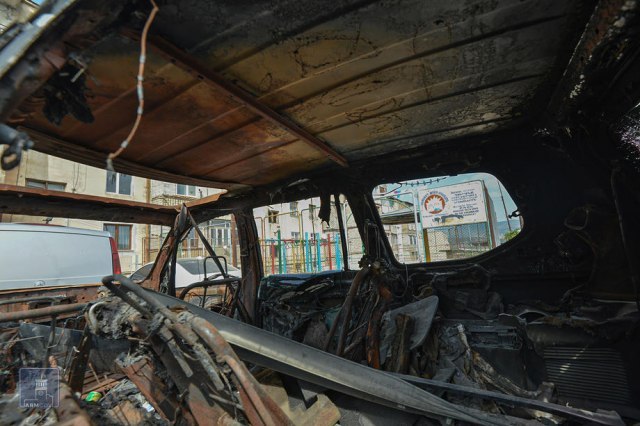 At the same time, the counting of victims and determining the scale of material damage on both sides continues. The disputed Nagorno-Karabakh region remains a stumbling stone.

The conflict began on September 27, when the Ministry of Defense of Azerbaijan announced that the Armed Forces of Armenia shelled places on the demarcation line in Karabakh.

There are also fears about the interference of foreign factors, such as Turkey, Iran or Russia, so that in this conflict, the question is no longer "who is stronger", but who has stronger allies.

Three grenades from the war zone between Azerbaijan and Armenia ended up in Iran. As it is stated, one child was injured and six houses were damaged.

3 shells landed in Parvizkhanlu, #Iran. Spill over from the #Armenia and #Azerbaijan conflict. One child was injured, 6 houses were damaged. pic.twitter.com/bjo04GJK6U

Official Baku has denied allegations of the defense of one of the helicopters of the Azerbaijani forces, which crashed in Tehran. A spokesman for the Ministry of Defense of Azerbaijan assessed these allegations as "lies circulating in the Armenian media".

At the same time, the Ministry of Defense of Karabakh informed the authorities in Tehran that the crash of the helicopter on their territory was accidental. Given the proximity of the border in relation to the place of the conflict, such things were expected. ﻿