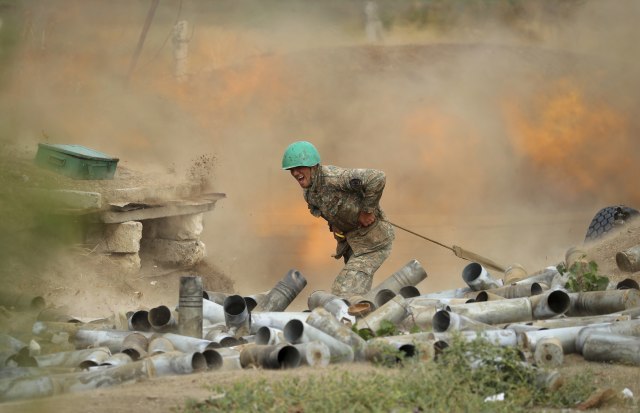 Clashes in the region escalated on Sunday since dozens of people were killed and injured.

Armenia announced that one of its warplanes shot down a fighter plane of the Azerbaijani ally, Turkey, in the latest incident, when the pilot was killed. Both Turkey and Azerbaijan have denied this.

For days, the international community has been calling for talks on ending decades of conflict between the two former Soviet republics.

On Sunday, official Baku announced that Armenia shelled the positions of the Azerbaijani army, and Yerevan claimed that the Azerbaijani armed forces launched an offensive towards Nagorno-Karabakh, shelling the surrounding settlements.

Both sides reported casualties, including civilians. Both Armenia and Azerbaijan have declared a state of war and military mobilization.﻿