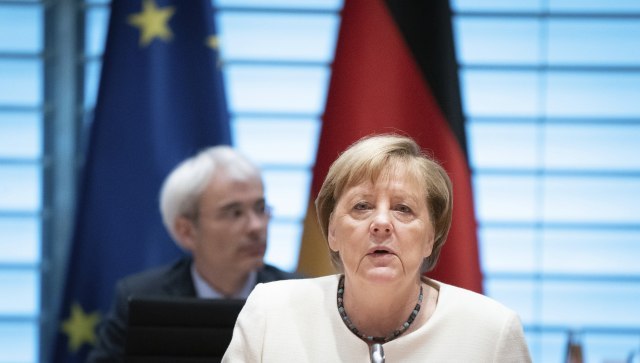 "If we continue like this, with this trend, then we will have 19.200 infections a day. Then it is like in other countries," she warned at the video conference of the CDU presidency.

She said that action must be taken against local hotspots, because otherwise Germany would have numbers like other countries for Christmas.

According to "Bild", Merkel said that the number of infections in Europe is very worrying and that it is necessary to do everything in Germany to prevent re-exponential growth.

She pointed out that it is necessary to set priorities, and that the economy must continue to work, schools and kindergartens must remain open, but that football is something secondary.

She also criticized the local authorities, especially the government of the province of Berlin, saying that "something must finally be done in that city".