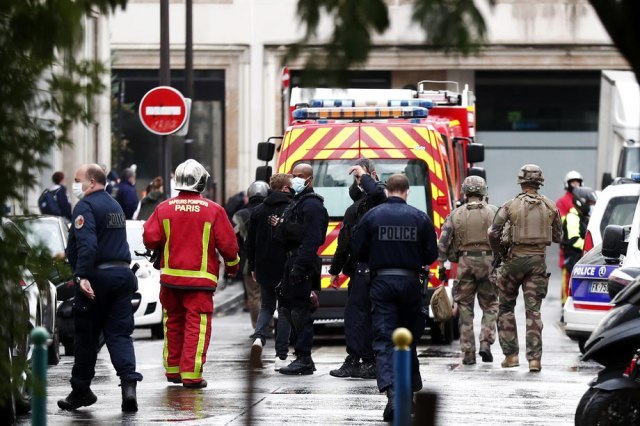 Paris police announced that the person who is believed to have carried out the attack was arrested, the AP reported.

A Paris police official said that although authorities initially thought there were two attackers, they now believe it was just one person, who was detained near Place de la Bastille in eastern Paris.

Strong police forces are deployed in the 11th district.

Schools are closed, and the public is being told to avoid this part of the city. There are unconfirmed reports of a suspicious package in the area, reports "The Local".

According to the media, and in line with the unofficial information, four people were injured, and two are in serious condition.

Police and medical teams are also at the scene.

Just to recall, in January 2015, masked assailants killed 12 journalists and cartoonists in an attack on the editorial office of this French satirical newspaper, and then managed to escape from the police.

On January 7, 2015, brothers Sherif and Said Kuashi stormed the newsroom, shouting that they had "avenged the Prophet (Muhammad)."

Among the victims were famous cartoonists who signed themselves with the nicknames Kabi, Volinski, Onore and Tinja, as well as the former director of the newspaper's editorial office, Bernard Maris.