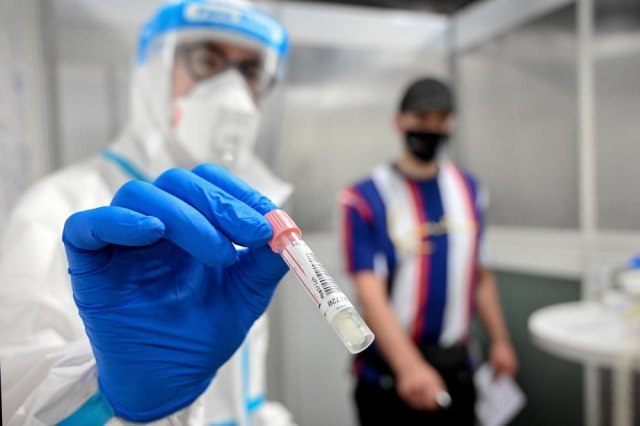 Chris Whitty, Chief Medical Adviser to the UK Government. is expected to announce at today's press conference that the country is at a critical point of a pandemic ahead of a very challenging winter period.

Whitty said that they will be guided by the experience of other countries such as Spain and France, which are now facing a second wave, in order to find the best solution to fight the epidemic in Britain.

Yesterday, Prime Minister Johnson also held talks with Whitty and the government's chief scientific adviser, Patrick Valens. He presented a plan to fight the virus, which could impose another six months lockdown measures in the UK, Sputnik reports.

In the meantime, it was revealed that restaurants and other public places will be ordered to be closed, which allow large groups to gather, without collecting details about customers on time.

Local authorities and police will be encouraged to conduct on-site inspections to ensure that sites comply with the growing number of COVID-19 cases.

Downing Street warned over the weekend that the country was facing "the last chance" with the prospect of more restrictive national measures, such as curfew.

According to Reuters, the number of newly infected people in Great Britain is increasing by at least 6.000 a day, and the number of patients who are admitted to the hospital due to COVID-19 is doubling every eight days.

Transport Minister Grant Schapps said that any quarantine measures would have to be well balanced and that companies would have to be allowed to function so that the country could endure the pandemic crisis economically, and schools would continue to work.

The official death toll of the pandemic in Great Britain is 41.777, according to which that country is the first in Europe, i.e. the fifth in the world.