The Greek National Meteorological Observatory has issued a new, urgent, warning for parts of Greece affected by the rare "medicane" meteorological phenomenon. 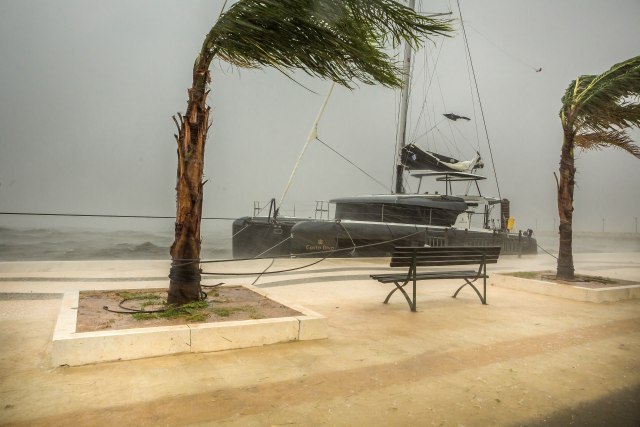 According to the statement, a new round of storm surges is expected to hit the Attica region on Friday night, which is the result of a strong Mediterranean cyclone, which the Greeks called "Ianos", and which has already hit the Greek shores.

Meteorologists expect that the situation will not calm down soon.

The areas that will be especially affected by the storm, which was previously stated to be unremembered, are the west and south of Greece. The Observatory also stated that the same situation will apply to the islands of Evia on Friday night.

The Peloponnese and parts of central Greece are also expected to be affected by the storm on Saturday, and alarm will then be proclaimed for the western parts of the country as well.

For now, there are no exact data on the amount of precipitation that the cyclone brought with it, as well as on the strength of the wind, because in those parts where Ianis strikes the hardest, there is actually no electricity, so measuring the data is impossible, the Greek newspaper Kathimerini reported.

An impression from the #medicane #Ianos on the Greek island #Kefalonia. This storm made landfall a few hours ago. #Cassilda #Udine pic.twitter.com/gTYrDcWf72