More than a billion people could be displaced by 2050, due to accelerated world population growth, declining water and food supplies and natural disasters. 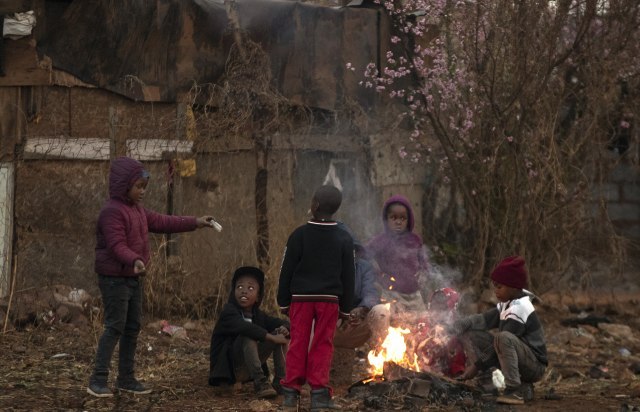 More than a billion people are at risk of being displaced by 2050 due to rapid population growth, shortage of food and water and increased exposure to natural disasters, which could lead to increased migration flows to Europe, according to a new report by the Institute for Economics and Peace (IEP).

In the latest report, the Register of Environmental Threats, the IEP grouped risks that threaten humanity into two categories: food and water shortages and population growth on the one hand, and natural disasters such as floods, droughts, cyclones, rising sea levels and rising temperatures, on the other.

According to the latest research conducted on the basis of data from the UN and other organizations, the 19 countries facing the largest number of environmental threats, including Afghanistan, Syria, Iraq, Chad, India and Pakistan, are also among the 40 countries in the world that are most severely affected by violence and unrest.

Some of these countries "have already found themselves in a vicious circle in which the struggle for scarce resources breeds conflict, and conflicts, in turn, further deplete resources," the Sydney-based IEP report said.

"It is a kind of devil's wheel. Conflicts destroy the country's natural resources, and scarcity, in turn, leads to new conflicts," IEP founder Steve Killelea told the Brussels portal EURACTIV.

By 2040, a total of 5.4 billion people – more than half of the world’s projected population – will live in the 59 countries experiencing high or extreme water stress, including India and China, while 3.5 billion people could suffer from food insecurity by 2050, an increase of 1.5 billion people from today.

The world population is forecast to reach nearly 10 billion by 2050, putting further pressure on scarce resources and fuelling conflict, and the Ecological Threat Register shows that as many as 1.2 billion people living in vulnerable areas of Sub-Saharan and North Africa, South Asia and the Middle East may be forced to migrate by 2050.

“This will have a huge social and political impact, not just in the developing world but also in the developed, as mass displacement will lead to larger refugee flows to the most developed countries,” Killelea said.

Asked what this mean in terms of migration patterns, Killelea said two major migration tracks will become evident in the next decades – one through Northern Africa and the other from the Middle East and South Asia.

According to the report, a large proportion of those flows is likely to end up in Europe because even small ecological threats and natural disasters “could result in mass population displacement”, and the more developed nations in Europe and North America would be better equipped to adapt to climate breakdown.

“This is something Europe needs to take heed of,” Killelea warned.

More than 1% of humanity is now displaced and four in five displaced people will seek refuge in a neighbouring country, according to the United Nations refugee agency, which in June called upon countries worldwide to provide help to those affected.

“We saw what happened when there were two million migrants flowing into Europe in the 2015 and 2016 immigration peaks and you could see the political instability which came with that and the rise of new political parties,” Killelea added.

“Without something being done to address these ecological issues it will be on a vastly larger scale than what we’ve seen in the last few years.”

The report comes as the EU is struggling to reform the Common European Asylum System (CEAS), for which negotiations have stalled since the 2015-16 migration crisis.

European Commission President Ursula von der Leyen had originally planned to present a new proposal in late September, but it is likely to be postponed.

Asked by EURACTIV about the EU’s new legislation, Killelea stressed the bloc should “look at the underlying causes of migration and how they could improve the resilience of countries that are most likely at risk of state failure”.

Water and food shortages are set to cause mass migration from 31 countries, which are unable to cope with looming environmental crises, the report suggested.

However, EU external and development spending was one of the biggest losers from the EU’s long-term budget negotiations. At the same time, many countries globally cut their aid budgets substantially over the past few years.

“Aid budgets will be difficult in the next few years with the implosion of economies due to the COVID-19 pandemic, but there needs to be a rethinking to what is in a country’s strategic interest,” Killelea concluded.