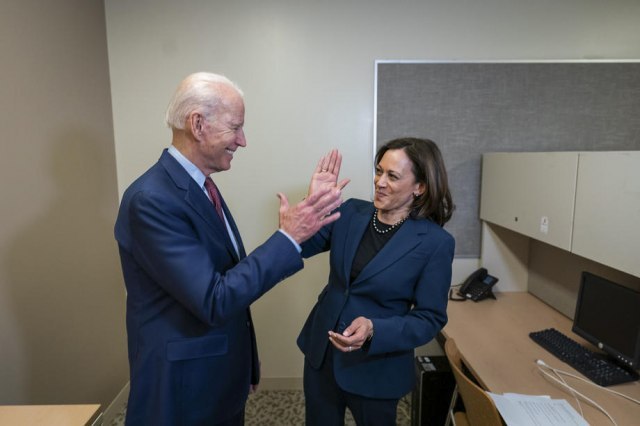 Harris and Biden participated together in a pre-election rally at a high school in Wilmington, in his home state of Delaware.

They held a virtual session of the city council at the hotel from which Biden launched his campaign for the 1972 Senate election.

The event was closed to the public due to a coronavirus pandemic, and Biden and Harris appeared on stage wearing masks, reports the BBC.

Biden said that the choice made in November will decide the future of America for a very long time.

"Donald Trump has already launched attacks, saying that Kamala is unpleasant, he complained about how she treats her associates badly," Biden said.

Harris said that this is a moment of real consequences for the United States.

"It's all about what we care about, our economy, health, children, the country we live in," she added.

She pointed out that America is crying out for leadership, and yet there is a president who cares more about himself and for the people who voted for him.