Members of the Secret Service interrupted the conference of US President Donald Trump and took him out of the briefing room. 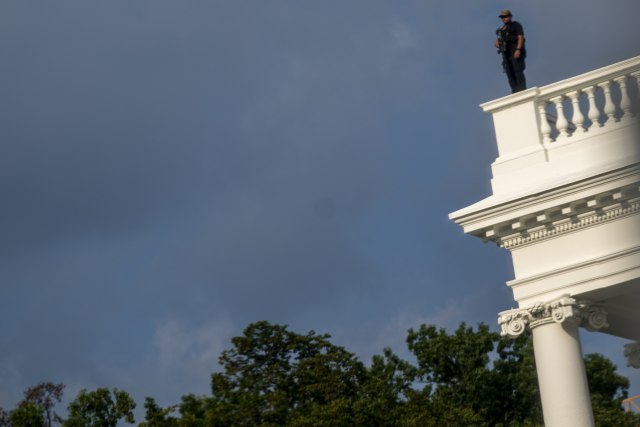 "I feel very safe with the Secret Service, they are fantastic people, they do the best they can, they are highly trained," Trump told reporters.

He added that he was not sure how close the attacker was, but that he had high confidence in the Secret Service.

"There was a shooting outside of the White House and it seems to be very well under control," he said. "I'd like to thank the Secret Service for doing their always quick and very effective work", Trump said.

As he said, it seems that the person was shot by the secret service, "so we will see what happens", he added.

He added that he did not know the current condition of the person who was shot.

A senior administration spokesman confirmed to CNN that the person who opened fire was in custody.

The incident happened on the border of 17th and Pennsylvania Avenue, right in front of the White House grounds near Lafayette Park.

According to the first information, one person was taken to the hospital, but it is not known in what condition he is.

TRUMP EVACUATED from White House press briefing room by US Secret Service. An agent locked the briefing room doors from the exterior. pic.twitter.com/El9Xi4lAlE