Broken shop windows, a devastated city; "This is organized crime, not protest" VIDEO

More than 100 people were arrested last night, while 13 police officers were injured after hundreds of people clashed with police in Chicago 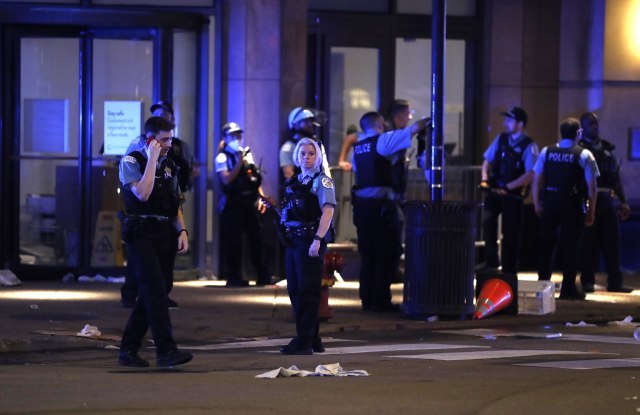 They smashed windows and stole goods from stores in the Magnificent Mill shopping center and other parts of the city, officials said.

Police Superintendent David Brown said that it was not an organized protest, but a pure crime that started after the police shot at one person the day before in the Inglewood neighborhood, the AP reported.

At one point early this morning, the police were shot at and they retaliated.

According to Brown, a large police presence is expected in the city center until further notice.

"This was a pure crime," Chicago Mayor Lori Lightfoot said.

"This was an attack on our city," she pointed out.

Lightfoot said the city has activated a neighborhood protection program that will be implemented in the coming days until Chicago's neighborhoods are safe.

The riots began shortly after midnight in Magnificent Mill, one of Chicago's biggest tourist attractions, near which graffiti with messages against the police was spotted.