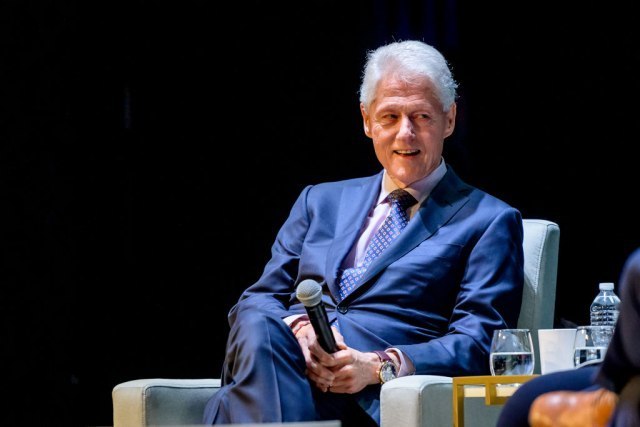 This, according to the Guardian, is revealed by documents from 1995, published by the presidential archive, which speak about the events in Bosnia-Herzegovina during the war that lasted for three years.

"Declassified documents from the period and interviews with some of the protagonists reflect the determination of Bill Clinton and his foreign policy team to find a solution to the three-year conflict at all costs before his re-election campaign began in earnest in 1996 – even if that meant rewarding the Bosnian Serb leaders for their policy of ethnic cleansing by granting them their objective: secession", the Guardian specifies.

In phone conversations with other foreign leaders as the mass executions were under way, however, Clinton repeatedly expressed his disillusion with the Bosnian army for failing to defend Srebrenica. In the meantime, Clinton’s national security adviser, Anthony Lake, headed the secret plan for ending Bosnian war.

That strategy, begun by Lake’s team in the weeks before the Srebrenica attack, was to try to force a peace deal based on a roughly even division of the territory. The Federation of Muslims and Croats was to receive just under half of the state, while the Americans would consider putting pressure on the Muslim side to agree to Serbs in Bosnia holding a referendum on secession from Bosnia-Herzegovina within two to three years after the end of the war.

If that failed, the plan was to withdraw the UN peacekeeping force, lift the arms embargo on Bosnia and to give its Muslim-Croat Federation some initial support with airstrikes until it was strong enough to fight the Serbs on its own.

The Federation might have to accept less than half the country, and the US would consider “pressing the Bosnians to agree that the Serbs can conduct a referendum on secession after 2-3 years”. Clinton's plan called for talks between the US administration and representatives of Sarajevo first, in order to convince them of concessions after the fall of Srebrenica, which included the possibility of separating RS from Bosnia-Herzegovina.

“If the Bosnians cannot persuade the Serb population that their best future lies in reintegration, there is no point blocking the peaceful separation of the Union along the lines of the Czechoslovak model,” the proposal suggested, as presidential archive specifies.

David Scheffer, an adviser to the ambassador to the UN, later State Secretary, Madeleine Albright, who was attending White House meetings on Bosnia, reacted to this in the following words: “It’s a very slippery slope. The Serbs have seized enormous territory through ethnic cleansing, and then we hold a ‘democratic’ referendum to confirm such aggression? A very transparent act of appeasement”, Scheffer concluded.

In his communication with Chirac, Clinton complained about the Bosnian army, which had fled rather than trying to fight the Serbs.

“In Srebrenica there were about 3.000 Bosnian troops but they … left without putting up a fight,” Clinton said.

“I will talk to my military advisers, but they are very sceptical about bringing in forces with helicopters, especially if the Bosnians won’t fight. We cannot defend democratic values in the abstract”, Clinton added.

In the end, the US and its allies agreed to make a stand over the last Muslim enclave standing in eastern Bosnia, Gorazde, threatening massive air retaliation if it was attacked. A Croatian offensive against the Serbs in western Bosnia in August 1995 redrew the map, and forced the Serbs to the negotiating table without the promise of a referendum.

The Guardian concludeds that Clinton was re-elected US President in 1996, while Clinton papers serve as a reminder, however, of how close the US came to giving up on Bosnia.