Radoje Zvicer, the leader of the Kavac criminal clan gang, who was wounded on May 26, recovered and left the hospital in Kiev, "Pobjeda" has learned. 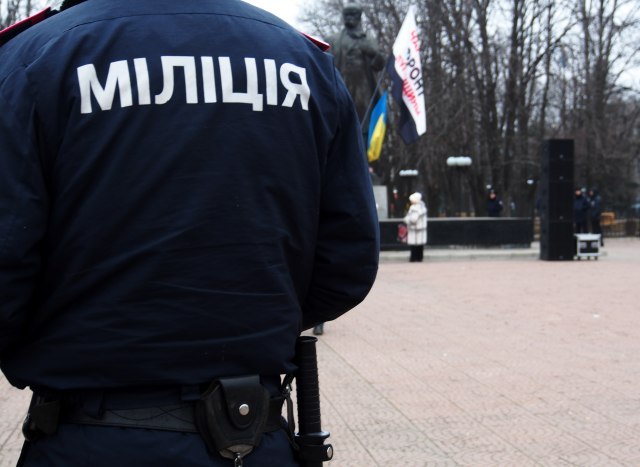 Montenegrin citizens Stefan Djukic and Emil Tuzovic, as well as Serbian citizens Milan Brankovic and Petar Jovanovic, were arrested in Odessa for the attack on Zvicer.

According to National Police Chief Igor Klimenko, they arrived in Ukraine in early May, bought vehicles, automatic weapons in advance and organized surveillance of the future victim and his family.

According to police records, Djukic and Tuzovic are close to the Bar group led by Alan Kozar.

"Having set a date for the murder, the defendants waited for the victim near his house. After firing five shots at the victim, the two perpetrators got into the car and left the crime scene. Hundreds of meters later they went and set the car on fire to destroy evidence," the Ukrainian official said.

Djukic is wanted by the police on suspicion that he killed Jovan Klisic and wounded Velizar Gardasevic. He is charged with being the direct perpetrator of those crimes, and a red warrant has been issued for him.

He is also accused that two and a half months before the murder of Klisic, armed with an automatic rifle, he broke into the café-bar Savoy to kill Gardasevic, but he was not in the bar at that moment.

Djukic, formerly known as Mandic, was under investigation in Serbia four years ago after his arrest in Belgrade, along with Dragan Djokic, Almir Dragisic and Vladislav Sljivancanin. In the rented garage they used, they found a larger quantity of weapons which, as it was written at the time, were supposed to be used for liquidations. The four arrested were released for criminal association and preparation for liquidation, while Dragisic and Djukic were responsible for weapons.

Zvicer, according to the estimates of the security services, is known as the leader of the Kavac criminal clan. He left Montenegro in the midst of a showdown between the Skaljari and Kavac clans.

As previously unofficially announced by the Montenegrin police, Zvicer was wounded in the continuation of the showdown between two criminal clans from Kotor, which have been fighting for supremacy in taking over jobs in drug trafficking for years. Both groups are known for intimidation, extortion, and greed, but their primary job is smuggling cocaine from South America.

Investigators did not trace Zvicer because, as they unofficially said, there was no evidence of his participation in criminal activities. Although it was said that he was the leader of the Kavac clan, no arrest warrant was officially issued for Zvicer.

His name with a photo was also found on a fifteen-minute video that was published on YouTube in December 2017, which "exposed" the activities of this criminal organization.

Details have been revealed regarding the "business ventures" of this clan, as well as the names of the countries in which they operate and the false identities they use.

It was also announced on the video that Zvicer, who is known as the leader of the Kavac clan, uses someone else's identity and that he travels freely in Europe under the name Josip Babic, allegedly using the identity of a Bosnian citizen born in Germany, in Nuremberg.

The video shows a list of high-ranking members of the clan, which includes Davorin Baltic, who was killed on January 1, 2018 in Vracar, Belgrade, Slobodan Kascelan, Igor Bozovic, Dragan Knezevic, Predrag Knezevic, Milan Vujotic, Damir Meljovic and Vladimir Roganovic, who was killed in December 2018 in Vienna.

Also, their photos have been published, mostly those that are in their official documents and which are not available to the public.