White House: Antifa will be declared a terrorist group

The American Ministry of Justice has decided to treat the Antifa organization as a domestic terrorist group, the White House announced tonight 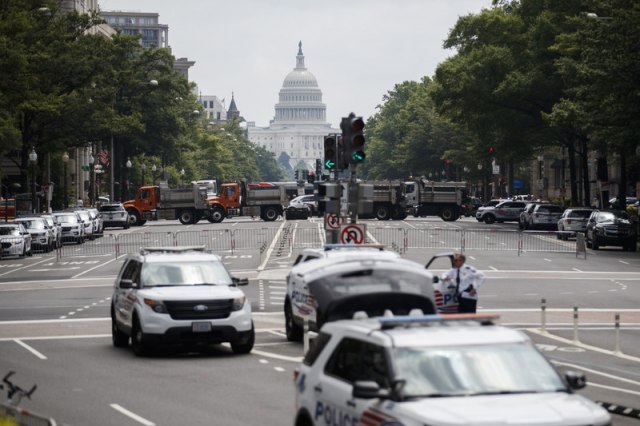 White House spokeswoman Kayleigh McEnany said at a press briefing that there was enough evidence that the Antifa organization was responsible for the violence during protests in cities across the United States, which erupted after the murder of African-American George Floyd during a police action.

McEnany said that additional federal forces would be deployed throughout the United States in response to the protests, "Voice of America" reports.

She pointed out that US President Donald Trump met today with the Ministers of Defense and Justice, Mark Esper and William Barr, with whom he discussed the engagement of additional security forces.

Trump stated on Twitter yesterday that the United States will mark Antifa as a terrorist organization.

As the Voice of America explains, Antifa is an acronym for the political movement of antifascists whose political beliefs are based on the idea of the left, sometimes even the extreme left.

Their political activities include supporting the population they consider disenfranchised and opposing the enrichment of corporations.

Some organizations that belong to that corpus of ideas use militant tactics to spread their beliefs.