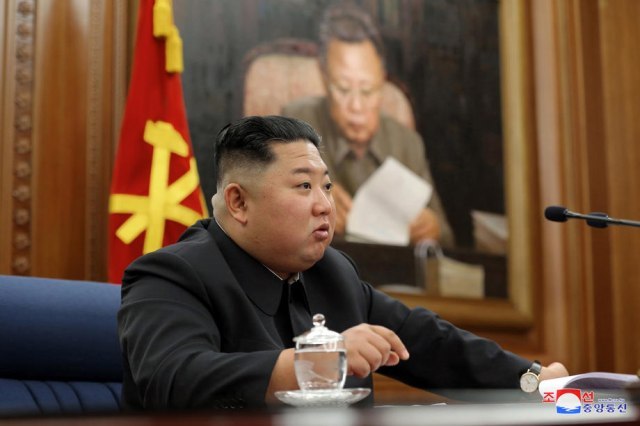 The South Korean government has stated that no unusual activity has been observed in North Korea after unconfirmed reports that North Korean leader Kim Jong Un is in critical condition after heart surgery.

Earlier, CNN had quoted the unnamed US official as saying that the United States was following intelligence that Kim Jong Un was in "grave danger" after undergoing a cardiovascular surgical procedure.

Another unnamed US official told CNN that there were reasons for concern about Kim's health, but that the severity of the disease was difficult to assess.

According to South Korean media sources citing unnamed sources from North Korea, Kim underwent cardiovascular surgery and mostly recovered, but is still under medical treatment at Hyangsan Medical Center in North Pyongan Province, a facility that supposedly exists solely to care for the Kim family.

There are no official statements from North Korea.

According to Yonhap News Agency, Kim was last seen on April 11, chairing the political session of the country’s ruling Workers’ Party.