More than a third of the citizens of Italy, the country most severely affected by the coronavirus in Europe, believe that the country should leave the EU 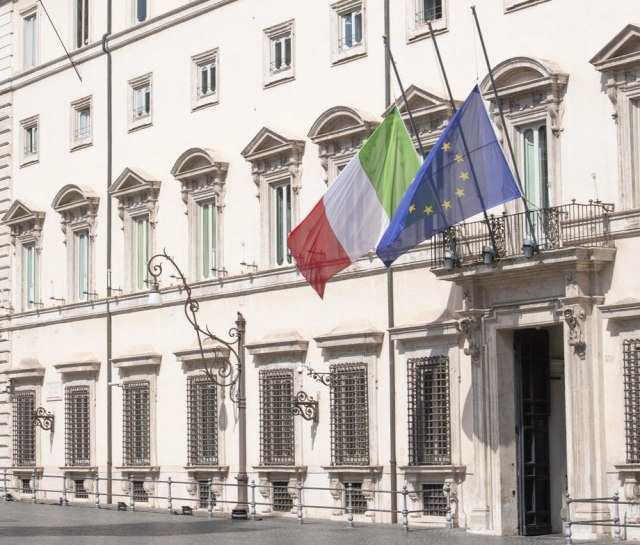 More than 70 percent of Italians estimate that a coronavirus crisis will cause the European Union crack-up, the research has shown.

Since the start of the coronavirus crisis in Italy, the EU has been slow to help its member state, whose health system is on the verge of collapse due to a sharp increase in the number of patients infected with the virus, while in the same time, necessary medical equipment and experts were coming from China and Russia.

Opinion polls show that there has been a huge surge in Euroscepticism in Italy, prompting the Italian media to question whether "Italexit" is possible after Brexit.

According to a study by Piepoli for RAI, conducted on April 9 and 10, that the European Union, which survived the economic crisis of 2008 and subsequently the migrant crisis, could collapse due to coronavirus, says 71 percent of Italians.

At the same time, according to a survey conducted by Tecnè for the Italian Dire Agency, there has been a decline in Italians' confidence in European institutions in the past, and now more than 40 percent of respondents believe that Italy should withdraw from the Union, while 26 percent of Italians thought so two years ago.

The poll found that 12 percent of participants would change their minds "only if the EU did something concrete" about the coronavirus crisis.

The crisis caused by the coronavirus pandemic has pointed to deep divisions in the Union, as Italy and Spain accuse the northern states of not showing solidarity.

EU finance ministers reached an agreement on an aid package worth € 500 billion for European countries severely affected by the COVID-19 pandemic on April 9, but did not accept Italy and France's request for so-called "corona-bonds".

An EU video summit on the Union's recovery from the pandemic is scheduled for April 23, and European Council President Charles Michel said the aim is a strategic discussion on common decisions and guarantees for the greater well-being of citizens.

Italy has entered the seventh week of general quarantine measures introduced to prevent the spread of the COVID-19, and so far, some 178.000 people have been infected, more than 23.600 died as a result of the virus infection, while more than 47.000 have recovered.